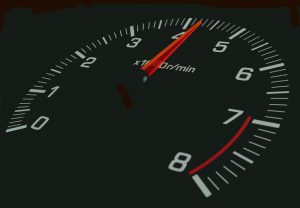 A case that came to exemplify the dangers of phone use will driving occurred back in September of 2015, when a 19-year-old girl, Christal McGee, crashed her Mercedes into an unsuspecting Mitsubishi driven by Wentworth Maynard. Investigators later discovered that McGee was traveling at 107 miles per hour at the time of the crash. Even more alarming, the plaintiff alleged that she was using her Snapchat social media app during the crash, specifically, the filter which displays a driver’s speed.

Maynard was seriously hurt in the crash, suffering a traumatic brain injury that required a five-week recovery in ICU. After starting to put his life back together, Maynard decided to take legal action against not only the teenage driver responsible for terrible crash, but against Snapchat itself. The argument was that Snapchat should be liable for the harm caused by those using its product, especially something like the speed filter, which would seem to encourage drivers to operate phones at high rates of speed while driving. Given the obvious danger this posed, the plaintiffs believed Snapchat should be on the hook when harm inevitably resulted.

According to a recent ruling from a judge in Griffin, Georgia, the plaintiff’s argument came up a bit short. The judge presiding over the case dismissed claims against Snapchat, saying that an obscure piece of federal legislation provided the company with legal immunity. The legislation, known as the Communications Decency Act, was passed in 1996 and says that “No provider or user of an interactive computer service shall be treated as the publisher or speaker of any information provided by another information content provider.”

According to the judge, this immunity applies to Snapchat as a publisher and thus it is under no legal duty to remove or restrict access to the speed filter, which may or may not be responsible for causing car accidents. The ruling is a big win for those in the tech industry, as many feared a successful case against Snapchat could open the floodgates, with injured plaintiffs filing claims against other important social media companies whose products are known for causing distraction to drivers.

The dismissal of the case against Snapchat doesn’t mean Maynard is without recourse. McGee remains a defendant in the lawsuit and may still be found liable for the harm that she is alleged to have cause. In the meantime, McGee faces potentially troubling criminal consequences, having been charged with serious injury by vehicle, reckless driving and other crimes related to the crash.