Board Certified Family Law Specialist Matt Arnold answers the question: “Should I delete old posts or censor new posts while going through a divorce?”

Thankfully, most people don’t give much thought to things like forum or jurisdiction after they’ve suffered a serious injury. After all, the person with the injury is likely busy trying to recover and understandably delegates tasks like filing the lawsuit in the appropriate venue to his or her personal injury attorney. Though forum selection should never be foremost in a plaintiff’s mind, it’s good to understand some background on the issue given the impact it can have on certain personal injury cases. To learn (a little) more about forum shopping and selection, keep reading. 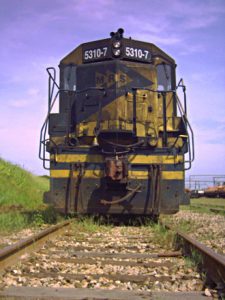 A recent personal injury case in Missouri dealt with exactly this issue and was appealed all the way up to the state Supreme Court. The case began when Russell Parker, a resident of Indiana, filed suit against Norfolk Southern Railway Company. Parker alleged that he had suffered injuries over the course of his employment with Norfolk Southern and was bringing a claim against his former employer under the Federal Employer’s Liability Act. Russell claimed that Norfolk Southern was liable for damages after he sustained trauma from his years working for the company in Indiana.

So far, this all sounds fairly ordinary. What’s interesting about the case is where Parker decided to file suit. You might understandably suspect that because Parker is a resident of Indiana and he worked for Norfolk Southern in Indiana that he might file suit in… well, Indiana. If so, you’d be wrong. Parker (and his attorney) instead decided to file suit in Missouri.

After the lawsuit was filed, Norfolk Southern tried to have the case tossed out, arguing that the court did not have jurisdiction to hear the dispute, basically, that the court didn’t have sufficient authority to decide the matter given Norfolk Southern’s lack of presence in the state. The trial court rejected this argument and allowed the case to proceed. Eventually, the Missouri Supreme Court decided to intervene, issuing what’s known as a “writ of prohibition”. The goal of the writ is to inform a lower court that it does not have jurisdiction to hear the case before it.

According to the Supreme Court, the case was not properly filed in Missouri because there were not sufficient ties between the parties to the case, the injuries that were alleged to have been sustained and the forum (meaning, Missouri). The majority noted that Parker never worked for Norfolk Southern in Missouri, he was never injured in Missouri, he doesn’t claim that any negligence or other misconduct took place in Missouri that led to his harm. Parker failed to show that there was any legitimate basis for filing his case against the railroad in Missouri, so the Court tossed it out.

You might be wondering, out of curiosity, what did Parker claim that the rationale was? Apparently the fact that Norfolk Southern’s tracks pass through Missouri was given as a justification for the decision to choose Missouri as the forum for the case. As the Supreme Court noted, Norfolk Southern’s tracks run through at least 22 other states and only about 2% of the railroad’s business takes place within the state’s borders, not enough of a justification, at least not for the majority of justices.

The next question you might have is why? Why file in Missouri if there were so few ties to the forum? What does Parker hope to gain? The answer is that Missouri is known as a good state for plaintiffs. St. Louis has been ranked among the worst places for someone to try and defend against a personal injury case. St. Louis has become a kind of magnet for certain kinds of personal injury cases, as jurors in the city are seen as especially sympathetic. In this case, the sympathy clearly didn’t extend to the state Supreme Court, which sent Parker and his case packing back to Indiana.