Charlotte Personal Injury Attorney Matthew R. Arnold of Arnold & Smith, PLLC answers the question “The insurance company wants to send me to their own doctor for a second opinion. Do I have to go?”

Before last week, I did not know that the Rev. Al Sharpton had a daughter. I follow the news, therefore I now know that Sharpton has a daughter named Dominique, that she has sued the City of New York for $5-million over debilitating pain “she still suffers” after “twisting her ankle in a street crack in Soho last year,” according to the New York Post, and that on May 16 she hiked up a mountain in Bali, Indonesia. 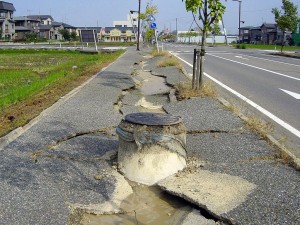 That last bit of information came from Ms. Sharpton herself. She posted photos and commentary related to her mountain hike on her Facebook page. That was bad timing, because news had just broken of her lawsuit over the ankle injury for which “she still suffers.”

Legal analysts were quick to pounce. On CNN, Paul Callan quipped that the post “graphically demonstrates bad judgment and good feet. It all adds up to no case.”

No personal injury case that is, for injuries Sharpton claims she suffered in a misstep in a crosswalk at Broome Street and Broadway in Manhattan on October 2, 2014. By December, according to the New York Post, Sharpton began appearing in social-media images in high heels. The mountain climb, the Post speculates, “may sink her dubious case for good.”

The use of social media to torpedo Sharpton’s case is part of a growing trend in personal injury litigation. Social-media images and statements can affect personal injury cases “positively or negatively,” DigitalTrends.com reports, but “trends show the latter is more likely to happen.”

In other words, if a person has filed a lawsuit over back and neck injuries sustained in a car wreck a year ago, it probably is not a good idea for the same person to take to Facebook and Twitter to show off one’s Olympics-qualifying training regimen.

As the National Post reports, a judge on the British Columbia Supreme Court recently rejected a woman’s claim for damages in a personal injury case “by pulling 194 pages of her Facebook account and using it as evidence against her.”

“Insurance companies know Facebook is the go-to site for people to chronicle their daily events, including details about their accident,” Keller told DigitalTrends.com.