It’s a question that many people, especially parents, have long wondered: Why don’t school buses come with seat belts? Everyone knows that seat belts save lives and states have long passed and enforced strict laws that require occupants of passenger vehicles to wear seat belts. So why has the rule not been extended to school buses, a mode of transit designed to ferry some of our most precious cargo? There have long been several reasons advanced by opponents, including cost, but these may no longer matter, as the administrator of the National Highway Traffic Safety Administration has come out in favor of installing seat belts on school buses. 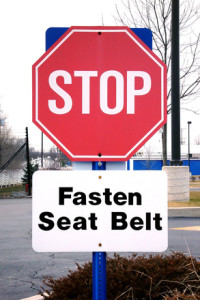 The announcement by the NHTSA, the nation’s most prominent traffic safety regulatory body, made headlines across the country. For years the NHTSA has resisted calls by some parents and safety experts to require seat belts, saying that data showed the buses were already safe. The NHTSA has now done an about-face, admitting that the agency has not always spoken with a clear voice concerning the issue, but aimed to do so going forward.

The NHTSA revealed on Monday that it would now support installation of three-point seat belts on school buses. The press release accompanying the announcement made clear that the NHTSA is of the opinion that seatbelts save lives and that this is true whether in a passenger vehicle or a yellow school bus. The NHTSA admitted that it will take a lot of work before all children ride to school with a seat belt, saying that the rulemaking process will likely be long and challenging.

Already some groups have come out against the proposal, saying that the decision should be left up to cities and states, not national regulators. Others have said that the cost associated with the proposal may prove too great, requiring expensive modifications to millions of school buses across the country. Another criticism of the proposal is that buses are already safe and that requiring the seat belts might actually make things more dangerous. This confusing logic is based on the idea that buses were designed to protect passengers in the event of an accident and that seat belts may actually get in the way, making it more difficult to evacuate children from a bad accident and potentially leading to lost lives.

Proponents of the rule change point out that one of the deadliest form of school bus accidents is a rollover. As it stands now, there are no restraints in most school buses, leaving children exposed to potentially great harm should one occur. Advocates also note that it’s important for children to be taught that wearing seat belts is important consistently, not just some of the time or in some vehicles.