Until a few years ago it would have been impossible to imagine that pot smokers could have a legitimate basis to file a product liability lawsuit against the person selling them the drugs. Before Washington and Colorado led the way, this would’ve meant a drug user would be suing a drug dealer for failing to warn of harms associated with an illegal substance. Not anymore. Now that the marijuana business is legal in some states, it will have to contend with problems that bedevil those in every other industry, including product liability lawsuits. 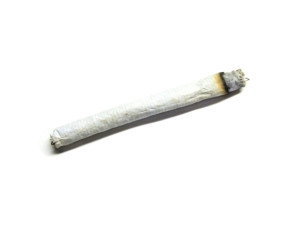 The case at issue is Flores v. LivWell Inc. LivWell is one of the largest marijuana growers in the State of Colorado and, as an early mover in the market, is now a major producer and distributor of cannabis. Two marijuana users have filed suit against LivWell claiming that the company sprays its cannabis with a fungicide known as Eagle 20.

Eagle 20 is a petroleum-based fungicide that is used to kill mites and other pests that can eat and damage crops. The product is legally allowed and generally safe, but has been shown to break down into a dangerous poison known as hydrogen cyanide under certain conditions. What are those conditions? When the chemical is burned.

Given this, the Colorado Department of Agriculture has long said that Eagle 20 is fine to use on most vegetation grown in the state, assuming it is within acceptable limits, but cannot be used on tobacco products that could be heated or inhaled. However, due to how new the product category is and a general lack of regulation concerning marijuana, state agencies have yet to take action to pull LivWell-grown cannabis off the market. Beyond the state regulators that have so far taken no action, absolutely no federal safety regulations exist regarding marijuana, leaving a very large and potentially dangerous gap for consumers to fall into.

This is exactly why the plaintiffs in the case brought their civil lawsuit. The two claim that the company failed to warn them of the use of the fungicide and, had they known, they would not have purchased the product. The plaintiffs argue that consumers have a right to know what dangerous chemicals may be lurking on their marijuana, especially when the chemicals in question can turn toxic under a condition that is commonly associated with using the product (that it’s being burnt).

Experts agree that the case is an interesting approach to forcing regulation over a wildly unregulated product. Consumers may have to lead the way, as legislators have appeared unsure of where to begin. The lack of a national consensus on the issue has also slowed work to create safety standards, something that pushes even more responsibility onto the backs of individual users. The marijuana business has grown rapidly and introduced new products quickly. Though the growth and ingenuity is impressive, the normal regulations that would check this growth and protect consumers are lacking, exposing consumers to potential harm. Marijuana growers and sellers will now have to contend with the reality that they need to grow up and start behaving like other businesses, including taking the step to warn customers of potential dangers associated with your product. Pot growers will need to step up and introduce safety standards on their own or risk seriously costly product liability lawsuits down the road.

If you are injured in a slip and fall case, contact an experienced personal injury attorney who can help you receive the compensation to which you may be entitled to.  Feel free to contact the experienced personal injury attorneys at Arnold & Smith, PLLC in Charlotte, North Carolina for a free consultation. Call toll free at (955) 370-2828 or click here for additional resources.