Anyone who has been driving for long knows that an accident can happen to anyone. There’s no way to predict when another driver may make a careless mistake or lose focus on the road, leading to a car crash. Though it’s true that you can’t predict when or where an accident will occur, recently released data does reveal which vehicles are most likely to be involved in personal injury claims. 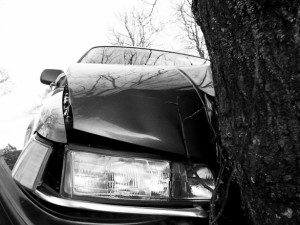 The data was gathered by the national Highway Loss Data Institute, an organization responsible for collecting statistics about car accidents. The HLDI specifically analyzes personal injury claims, taking note of what vehicles were involved, regardless of which driver was deemed at fault. These personal injury claims involve crashes where drivers or passengers were injured, though the injuries range from minor to debilitating.

What’s the reason for this? Physics. When cars crash, the reality is that the smaller the vehicle is the more likely that damage will occur to it, including damage to occupants of the vehicle. Just think about it, if a compact car collides with a giant SUV, those riding in the compact are far more likely to suffer injuries worthy of a personal injury claim than those safely ensconced in the SUV.

Beyond the hulking vehicles that scored well, the HLDI pointed out that other high performance cars also are less likely to be involved in personal injury claims. For instance, the least likely car to be involved in personal injury claims was a Porsche 911 Carrera. The reason isn’t necessarily because the car is so safe, but instead because the vehicle is infrequently driven, thus reducing the likelihood of an accident.

So what are the cars at the top of the most likely list? Number 1 is the Mitsubishi Mirage, coming in at a whopping 113 percent higher personal injury claim rate than the average vehicle. The Porsche 911 Carrera, by the way, was 75 percent less likely to be involved in a personal injury claim than the average vehicle. Other cars at the top of the bad list include the Dodge Avenger, Nissan Versa, Kia Forte, Mitsubishi Lancer, Chrysler 200, Nissan Cube and Kia Rio.

If you’ve been involved in a North Carolina auto accident, it’s critical that you take action and visit a doctor as soon as possible after the crash. Even in cases where you may not feel especially injured, going and getting checked out can prove to be immensely helpful. Some injuries, such as harm to the neck, back, spine and even brain can take time to fully present themselves. The sooner you get yourself in front of a doctor, the sooner your symptoms are likely to be noticed and your injuries treated.