Some long-awaited safety restrictions created by the U.S. Department of Transportation’s Federal Motor Carrier Safety Administration (FMCSA) were implemented earlier this week to the acclaim of safety advocates who hope they reduce the number of deadly trucking accidents each year. The new guidelines were implemented as of July 1, 2013 and lower the amount of time truck drivers are allowed to be behind the wheel every day. 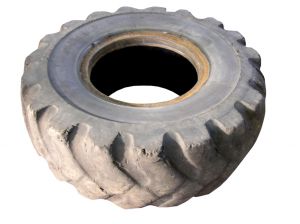 The hope is that the hours-of-service changes lead to less exhausted commercial vehicle drivers, which in turns leads to safer highways for the rest of us. The regulations were initially proposed in 2011 after outcry about the dangers of tired driving among truckers. Study after study has shown how dangerous fatigue can be for commercial vehicle operators, with one survey by the NTSB showing that as many as 30 percent of all tractor-trailer crashes could be related to driver fatigue.

The issue in the trucking industry has always been that drivers have a direct financial incentive to work as long as possible. Their bonuses are tied to delivery times and the best way to get a load dropped off on schedule is to push yourself to drive around the clock. While this can increase efficiency it dramatically increases the chance that a driver will be involved in an accident. Given that truckers have such clear financial motivation to drive for as long as possible, it’s essential that the government create strict limits on work hours to protect innocent motorists from harm.

The recently proposed hours-of-service requirements say that truckers are now limited to 70 hour work weeks, a level that safety advocates believe will ensure drivers are well rested and safe behind the wheel. This new limit is much less than the previous 83-hour work week. The new rules also require truck drivers to take a half-hour break at some point during their eight hours shift, hopefully keeping the driver refreshed. Existing limits of 11-hour daily drive time and 14-hour work time remain in place.

Government safety officials say they will aggressively enforce the new rules and intend to fine both drivers and their employers in the event of an hours-of-service violation. The change in rules says that the FMCSA will be allowed to fine companies up to $11,000 per offense and drivers up to $2,750 for breaking the work limits.

Officials say they believe the new regulations will save at least 19 lives every year and prevent almost 600 injuries. A reduction in large truck crashes due to fatigue will also save the industry more than $200 million.