A judge in Pennsylvania recently issued an important decision that hundreds of injured commuters have been eagerly awaiting. Since May 2015, when a Northeast Regional Amtrak train derailed between New York and D.C., more than 200 victims and their families have been waiting to see what they would receive to compensate them for the injuries they suffered. Though the judge decided this past week that the total payout would be capped at $265 million, individuals will remain in the dark about their share until separate hearings can be held. 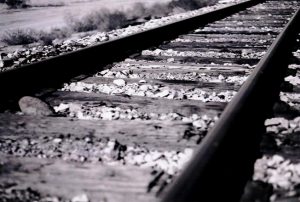 The case concerns a crash last year that occurred after a train left Philadelphia bound for New York City. The crash left eight people dead and hundreds others with serious injuries. The train was traveling at 106 miles per hour when it reached a sharp curve; the speed then caused the train to derail. According to accident investigators, the crash occurred because the engineer was distracted after hearing word that another train in the area had been hit by a rock. The engineer forgot his whereabouts and allowed the train to accelerate to top speeds despite the approaching curve.

Many of those injured in the crash filed suit against Amtrak, but the hope is that the settlement will help resolve most of these claims. Rather than fighting for years in court, victims and their attorneys can come forward between now and later this month to stake their claim to a share of the settlement fund. A judge and two other experts will work together to conduct hearings to assess harm and then use money from the $265 million fund put up by Amtrak to pay claims.

So far, several cases have already been tried in the courts, resulting in awards of around $100,000. These amounts will also be paid out of the overall fund, meaning the victims face a competition over limited funds. Why, you may be wondering, is the amount of Amtrak’s liability capped? After all, victims typically don’t have to fight each other for damages. The reason is that federal law caps the amount of damages a train company can be forced to pay in the event of an accident.

The rules were designed to protect transportation companies from being bankrupted in the event of a bad accident. The problem is that this creates a zero sum game for plaintiffs, where victims are forced to argue for damages often at the expense of other victims. A good example of this occurred back in 2008, when a commuter train derailed in California, killing 24 people and injuring dozens of others. The judge overseeing that case said that another $64 million was needed beyond the federally mandated cap in order to properly compensate victims. Sadly, the money never came and, according to the judge, “What was given to one victim had to be taken from another.”

Fortunately, Congress recently passed a bill that raised the cap of train crash damages from $200 million to $295 million, indexing it every five years for inflation. Though the increase is long overdue, experts say this falls short of the money that would be needed to compensate victims of serious train accidents who can sometimes suffer injuries that lead to millions in medical expenses spread out over several decades.

Though the settlement may not be ideal, it’s what the plaintiffs must accept barring an unforeseen change in federal law. It’s now up to the attorneys to put on a compelling case for why their client is entitled to a share of the payout. The judge must then consider the competing claims and try, as best is possible, to give each victim a fair settlement.