Johnson & Johnson made the headlines this past week over a claim that its popular baby powder was responsible for causing cancer and, ultimately, the death of a woman who used the product. The suit led to a massive $72 million verdict against the company, $10 million in actual damages and $62 million in punitive damages, and resulted in alarm among many given how popular the product is. Unfortunately, despite the potential importance of the claim, many newspaper articles failed to provide much detail, offering only the sensational tidbits. 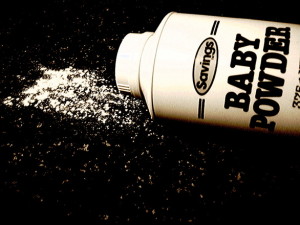 What’s the case about?

The family of a woman named Jackie Fox brought a case against Johnson & Johnson, the world’s largest medical device/pharmaceutical company. The claim concerned the company’s famous baby powder as well as other products containing talc, such as Shower to Shower. Fox’s family argues that Johnson & Johnson ought to be held responsible for their mother’s death at the age of 62. Fox passed away from ovarian cancer after spending years enduring multiple rounds of chemotherapy.

What does the victim’s family allege?

What is causing the harm?

The issue in this case concerns the talcum powder, a substance derived from talc, which is a form of magnesium silicate. Though talc can be used effectively in personal care products or makeups for a variety of purposes, such as preventing rashes and masking odors, there have been some indications that it can also cause health problems. Specifically, there is evidence to suggest that talc can cause life-threatening health consequences, including ovarian cancer, when used for feminine hygiene purposes.

Researchers as far back as the 1970s discovered a link between talc and ovarian cancer and in an important study published in the 1980s found that women who reported using talc for feminine hygiene faced a 92 percent increase in risk of developing ovarian cancer. The danger is so widely recognized that the American Cancer Society even recommends that women use cornstarch-based products rather than talc-based products for hygienic purposes.

Johnson & Johnson has said it will appeal the $72 million verdict, leaving a question mark about what happens to the Fox family. This big victory for the plaintiffs spells potentially big trouble for Johnson & Johnson, as experts say more than 1,200 other lawsuits involving talc and ovarian cancer have been filed in state and federal courts across the country.