Apparently U.S. Senator Bill Nelson is calling for federal investigations into the Royal Caribbean cruise ship that steered into a forecast storm in the Atlantic Ocean this February. 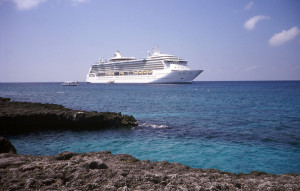 Although no injuries were reported, the experience sounds like a harrowing one. News reports detail passenger’s recounts of riding out the storm, which had 30-foot waves and forced guests into their cabins for hours while their belongings crashed about and the wind howled. Passengers describe panic attacks, uttered prayers and the sounds of shattering glass.

But what are these passengers’ chances of recovering for negligent infliction of emotional distress and other claims against the cruise line?

Besides bad weather, we have all heard the horror stories of the number of things that can, and do, go wrong on cruise ships.

A couple of years prior, Carnival made headlines internationally when over 3,000 of its Carnival Triumph passengers were stranded in the Gulf of Mexico sans toilets for five days.

Another recent case could mislead consumers about the ease with which one can successfully sue a cruise line.

At the end of last year, a U.S. District Court jury in Seattle caught people’s attention for awarding $21.5 million in damages to a man who suffered a minor traumatic brain injury when a sliding-glass door on a Holland America cruise ship hit him. This is one of the largest verdicts in the federal court’s recent memory, and the cruise line has said it will appeal. A whopping $16.5 million of the verdict took the form of punitive damages, and the jury awarded the 61-year-old plaintiff an additional $5 million for pain, suffering and emotional distress, both past and future.

The plaintiff’s counsel ventured after the trial that one reason the punitive verdict was so high was because they were able to show that there were numerous similar sliding-door incidents that had happened on Holland America ships in the past three years, two of which resulted passengers breaking their hips. In those cases, Holland America tried to blame the plaintiffs for their injuries, which they also did in the recent case. Such behavior is of the type the court wants to deter away from.

However, this type and amount of verdict is not the norm. In fact, bring a cruise line into court at all can be extremely difficult.

What can make suing a cruise line so difficult?

In the Royal Caribbean case, the cruise line gave all storm-harried customers full refunds and certificates towards a future cruise. Whether or not this will pacify the passengers into not attempting legal recourse, we’ll have to wait and see.

As Technology And Humanity Converge, Is Injury Accident or Assault?