The family of the 13-year-old girl who died three (3) years ago after eating an unlabeled Rice Krispies Treat laced with peanut butter has reached a $15 million settlement with the City of Sacramento. 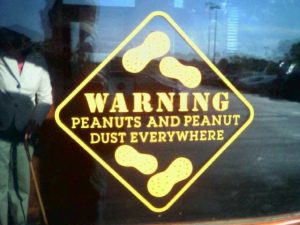 Teenage Natalie Giorgi was vacationing at city-owned Camp Sacramento with her parents in 2013 when she ate the snack. She suffered anaphylactic shock and died in her mother’s arms, even after multiple epinephrine injections.

Louis Giorgi, the girl’s father, was a urological surgeon. He severed a tendon in his dominant arm breaking into the nurse’s station medicine locker to retrieve a third EpiPen injection after the first two (2) he administered failed to revive his daughter. The injury ended Giorgi’s surgical career and still culminated in Natalie’s death.

The Giorgis said that their family of six (6) had visited Camp Sacramento three (3) times previously for its hiking, trips to nearby beaches and children’s programs. The Giorgi’s wrongful death lawsuit against the city stated that on every other trip they had made to the camp, staff had either excluded peanuts from its snacks altogether or clearly marked foods containing potential allergens.

Natalie Giorgi was diagnosed with nut allergies when she was three (3). However, her parents said that she only had a mild reaction to macadamia or hazelwood nuts when she was diagnosed, and that she had not manifested any other symptoms of the allergy until the night she died. Nonetheless, her parents said she had been conscientious about avoiding foods containing peanuts or nut by-products.

Other children at the camp shared the same allergy, a fact of which the Giorgi’s lawsuit said the camp was aware.

The year after Natalie’s death the Giorgi family created the Sunshine Foundation in Natalie’s name, dedicated to reducing the number of food allergy-related deaths via education, research and increased availability of epinephrine injectors in public places. Natalie’s mother Joanne Giorgi also testified in support of a new California law now requires school districts to stock at least one (1) epinephrine injector that is prescribed to the district or school, rather than to a specific student, and train at least one (1) staff member on how to administer it.

The Giorgi’s attorney has said that money from the wrongful death settlement will go towards the foundation. The family has said their main purpose since the lawsuit has been to raise awareness about food allergies and send the message that they are serious, they are real, and they can kill.

In a statement released after settlement was reached, city officials pledged that Camp Sacramento would join and gain accreditation with the American Camp Association within the next year. The ACA helps ensure the quality of camp care and programs, from food service to safety and emergency procedures.

With another Halloween come and gone, readers of this blog may have been surprised to note that peanut-laced goodies weren’t on our list of potential legal liabilities that come with the holiday. Although some parents opt to hand out notes warning trick-or-treaters and their parents that the candy they give out may contain nuts, such a gesture is more out of consideration than legal necessity.

Child care centers like Camp Sacramento have an enhanced duty in caring for their youthful charges, especially when parents make them aware that a child has potentially deadly allergies. The same goes for school systems and the children under their care.