Though you may have heard of dashcams (dashboard cameras) before, you may have thought these were only for police officers or other public servants. Though it’s true that police officers in many jurisdictions have and use dashcams, they are not the only ones. Dashcams have become increasingly popular for ordinary drivers, seen by some as a good way of protecting themselves in the event of an accident. Rather than worry about a he-said, she-said dispute, you can simply play the video captured by the dashcam and put the dispute to rest. Though there are important potential benefits of dashcams in a personal injury context, there are also some negatives that should be weighed when deciding whether to invest. To learn more, keep reading. 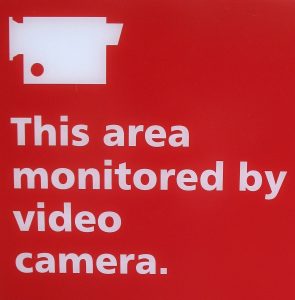 First of all, what is a dashcam and what does it do? There are many different models to choose from and each brings something different to the table. Dashcams range in price from around $50 to several hundred dollars. Basic dashcams only record video footage. Pricier models include GPS tracking, can calculate speed and can even record video or audio inside the cabin of the vehicle. Dashcams first became popular among civilian drivers in Russia, a place where insurance fraud is rampant. Dashcams were seen as a way for innocent drivers to protect themselves, definitive proof of what really happened. Though dashcams first became popular in Russia, they have since caught on elsewhere, across Europe and now here in the U.S.

Though insurance fraud is not a concern of many drivers in the U.S., fear of a costly lawsuit is. The hope among many is that the cameras capture footage that can be used to prove another driver is definitively at fault in an accident. By recording video and sometimes audio, the evidence is even better than photographs taken after an accident. Dashcams can show what happened and even offer clues as to why a crash occurred, speeding along disputes in court as well as those with insurance companies.

Dashcams have been used in many cases to demonstrate that the actions of another driver led to a car crash. The footage is accepted by all major insurance companies and will be taken into consideration by police officers and attorneys as it offers an important window into what actually transpired before, during and after a crash. Does this mean that everyone should rush out and purchase a dashcam? Not exactly.

Though dashcams can be helpful, there are also consequences that must be taken into consideration. One thing that those interested in buying a dashcam need to consider is whether local laws would deem the dashcam an illegal form of wiretapping. In some states, only one party (you, the driver) needs to consent to audio recordings. Provided that you are in the car, then the necessary consent is secured. In other states, universal consent, of passengers or other drivers being recorded without their knowledge, is necessary and a failure to get that consent can led to legal trouble.

Another potential negative associated with dashcams is that that their greatest strength can become a curse. Though they are effective at recording mistakes made by other drivers, they are just as good as preserving mistakes made by yourself. If you ran a red light or only paused at a stop sign, the dashcam can then be used against you, providing all the evidence the other side needs to secure a judgment in their favor. In other cases where you weren’t at fault, the dashcam could provide too much information. For instance, though the video footage may be helpful showing that the other driver crossed into an intersection when he or she wasn’t supposed to, if the video also shows that you were going 10 miles an hour over the speed limit, you just brought forward evidence of your own negligence, potentially eliminating or reducing any compensation you might have been owed. Though dashcams can be powerful tools to help injured drivers in personal injury cases, there are some definite downsides that should be weighed before installing one in your vehicle.