For those not in the personal injury world, issues involving jurisdiction (which deals with the place where a legal matter will be heard) may seem unimportant. After all, if you’ve been hurt, what would it matter where you bring the claim? An injury is an injury and the result should be the same wherever you go. Though that may be true in a perfect world, the reality is that the forum your case is heard in can matter a great deal to the ultimate result. It’s for this reason that personal injury cases, especially large class-action cases, tend to geographically cluster. 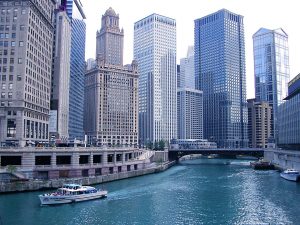 One place where major personal injury cases have been known to cluster is Illinois. The state routinely makes the top of the list for jurisdictions seen as friendly to plaintiffs. Experts say that juries, particularly those in a small handful of counties, have a reputation for handing down overly generous awards to injured plaintiffs. As a result, other injured plaintiffs have learned to follow suit, filing suit in the same places and hoping for similarly generous judgments.

That plan may now come under stress after a recent ruling this past week by the Illinois Supreme Court. The case seems, on the surface, to be an odd one to generate much attention. It began back in 2013, when the roof of a warehouse in Grand Rapids, MI collapsed. A company was storing its fish in the warehouse at the time and, after its product was destroyed, was reimbursed by their insurer. The insurer, Aspen American, then filed suit against the owner of the warehouse, Interstate Warehousing. The suit was filed in Illinois, despite the fact that the roof collapse happened in Michigan and that neither company involved was based in Illinois.

The case generated a lot of attention in Illinois given the state’s reputation as a friendly venue for personal injury litigation and a number of outside groups became involved, filing amicus briefs on both sides of the dispute. Specifically, several trial lawyers groups backed the insurance company, while a few of the largest asbestos defendants supported the warehouse. The asbestos manufacturers have lost a lot of money in Illinois over the years, being repeatedly drug into court despite being headquartered elsewhere.

The argument put forward by Interstate Warehouse (and the asbestos manufacturers), was that Illinois needed to start applying the rules laid out by the U.S. Supreme Court in a 2014 case, Daimler v. Bauman. In that case, the Court made clear that out-of-state plaintiffs are responsible for proving to the court where the claim is filed that there is an extraordinary circumstance to justify overturning the rule that Illinois does not otherwise have jurisdiction over out-of-state companies. Interstate Warehouse argued that unless plaintiffs are able to overcome this hurdle without first conducting discovery, then their suits should be dismissed due to a lack of general jurisdiction.

Aspen American, unsurprisingly, argued the opposite. They claim that the Illinois Supreme Court should focus on the facts of this case, in particular, that the warehouse had a number of ties to Illinois and was doing business in various parts of the state. This should thus be enough to create a basis for an Illinois court to exercise personal jurisdiction over the out-of-state company.

The Illinois Supreme Court was not convinced and ruled decisively for the defendants. The Court said that in light of the 2014 Supreme Court ruling, the state had no choice but to require plaintiffs to show that corporate defendants were either hardhearted or incorporated in Illinois or, at the least, set up a second home in the state. Merely doing business in the state is not enough and will not be sufficient going forward. As a result of the ruling many experts believe that there could be an explosion in the number of motions to dismiss as defense attorneys argue that the connections to the forum are not sufficiently strong.