As the idea of autonomous vehicles inches closer to reality, many questions remain to be answered. There are questions about safety and reliability and central to both is the issue of legal liability. Today, when an accident takes place it’s the driver (and his or her insurance company) that is personally on the hook for any damages. Once the driver cedes control to a machine, who becomes liable then? The vehicle’s owner? The vehicle’s manufacturer? The software designer? 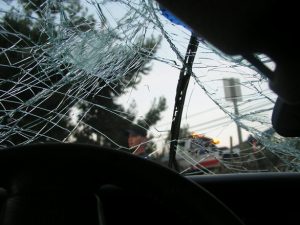 The truly terrible hypothetical situation that ethicists continue to puzzle over sheds light on the issue of driverless car crash liability. Let’s say an autonomous vehicle is driving down the street at full speed carrying a passenger. A pedestrian suddenly jumps into traffic, leaving the vehicle no ability to safely brake. What happens next? Does the vehicle crash into and kill the pedestrian or does it instead leave the road, colliding with a nearby tree, even if that means killing the passenger? Though no one claims to know the right answer to this particular ethical riddle, many experts are starting to believe they do know who will pay.

Auto insurance experts and even some car manufacturers themselves are saying that it’s highly likely, if not assured, that the auto manufacturers will become liable for accidents caused by driverless cars. After all, manufacturers are today held responsible under product liability laws for technical aspects of the vehicle that malfunction and cause harm. If, down the road, the vehicle becomes entirely autonomous and causes an accident that leads to harm, it only seems reasonable that the manufacturer will be held financially accountable.

In fact, a recent study done by an authority on autonomous vehicles found that the shift in liability from individuals to the automotive and software industries could represent an enormous change in how personal injury claims are handled in the future. One way that personal injury claims will change is that there will likely be many multitudes more information available. Experts say that police reconstruction may no longer be necessary, as the powerful computers in vehicles will store exponentially more data about what caused the accident and who precisely is to blame.

Another big change is that rather than proving a person was negligent, injured accident victims will instead need to prove that the autonomous system responsible for the crash was more dangerous than a human driver would have been in a similar situation. Using a different but similar approach, plaintiffs would need to show that other, safer autonomous driving systems exist and that the system responsible for the accident thus failed to provide reasonable levels of protection.

Though it may seem as if experts have worked it all out, the reality is that courts will ultimately decide how liability is apportioned. Expect that as autonomous vehicles become more common, there will be some growing pains as the legal system tries to move quickly to catch up with technology.