After a plaintiff wins a personal injury case, many believe that the matter is resolved. The common misconception is that a plaintiff is handed a check by the responsible party and is able to go on his or her way. Unfortunately, that’s often not the case, especially in instances where a jury awards a large amount of money. In these cases, the defendants almost always challenge the verdict, an attempt to have the total reduced. 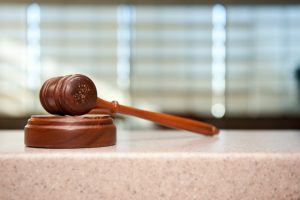 One common method of reducing the amount owed to the plaintiff is by filing what’s known as a motion for remittitur. This motion is designed to lower jury awards without asking a judge to order an entirely new trial. The basis for filing such a claim is that the jury award is so obviously out of line with the damages that were proven that it qualifies as unconscionable. The judge is asked to set aside the excessive jury award and instead set new damages that more fairly represent the true harm suffered.

The problem of course for plaintiffs is that this can serve as a way for defendants to steal important last minute wins in cases that they’ve already lost. If you were able to convince a jury that you were seriously harmed and the jury later awarded you a large sum of money, it seems unfair to many people that a judge could simply undo all that. Though it may seem unfair, it happens and is the source of frustration for those practicing in the personal injury world. A recent case out of the New Jersey Supreme Court will have an important impact on how such motions are handled in the future, sending a hopeful message to injured plaintiffs in New Jersey.

The case, Cuevas v. Wentworth, involved two brothers suing the company they worked at for racial discrimination and harassment in violation of the state’s anti-discrimination laws. The brothers were repeatedly referred to by coworkers as “Chihuahuas” and “Latin Lovers”, conduct they felt demeaned them and led to emotional distress. The jury deliberated and ended up siding with the brothers, awarding them $1.4 million for emotional distress damages.

Their former employer then filed a motion for remittitur, asking the judge to lower what they considered grossly excessive damages. The case eventually made its way before the state Supreme Court and the Court sided with the brothers. First, the Court said that there is no need for injured plaintiffs to show they have sought psychological care or counseling to entitle them to receive emotional distress damages. Fans of the ruling point to this as an important factor, saying it will save money and streamline the litigation process by not requiring the parties to spend time hiring medical experts.

The Court went on to say that judges are prohibited from using their own personal experience when deciding whether to lower a jury award. That means just because a judge has seen other cases with different results doesn’t mean the jury award deserves to be lowered. Similarly, the Court said judges are also not allowed to compare similar cases, using the average award in similar cases as a means of lowering damages. The aim is to ensure that judges judge each case by its merits and recognize that each fact pattern is unique. Comparing one case to a similar case and then lowering the damages as a result causes unfair harm to the second plaintiff.

In announcing its decision, the Court overruled a previous case, He v. Miller, which had been decided in 2011. The Court said it rarely overrules prior precedent, but believes that the decision was wrongly decided and hopes that the clarification helps judges in deciding such issues in the future.