It seems recently that new technological advances are around every corner. Who would’ve thought only a few years ago that we’d have cars driving themselves or the ability to relatively cheaply operate our own sophisticated drones? Technological improvement moves at a rapid rate and this requires the legal system to move quickly to keep up. With the advent of new technology comes new ways for people to get hurt and new questions about how liability is apportioned. Though the law is adaptable, it will have a lot of work to do to answer the increasingly complex questions that will regularly be presented in the coming years. For examples of some of the looming personal injury threats, keep reading. 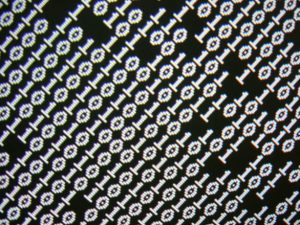 One source of potential future injuries that the courts have never before dealt with is from drones. Drones sales have been tripling each year as the technology gets more advanced and less expensive. Drones are able to fly higher, farther, faster than would ever have been thought possible for a mass produced consumer product. This has led to powerful machines being in the hands of anyone who wants one, including children. Expect to see more reports of drones colliding with people, cars, homes and, even more worryingly, commercial aircraft. Though the FAA has started taking steps to force owners to register their drones, this registration does nothing to guarantee safety. One benefit of the registry is that if a drone is involved in accident, it should be easier to identify the human at the other end responsible for the damages.

Hoverboards are another technological advance that have proven to cause serious harm in some cases. As soon as people started buying the devices, injuries began being reported. Most of these involved trips and falls as riders struggled to properly use the novel inventions. It didn’t take long for the injury reports to change, eventually revealing that technical defects caused dangers far greater than bumps and bruises. Faulty batteries and electrical wiring led to fires and spontaneous combustion. Government regulators recalled hundreds of thousands of products due to the dangers they posed to consumers. Just a few months ago, one of the hoverboards caught fire, which led to a house fire that killed two children; serious harm that requires someone take serious responsibility.

A final and potentially massive source of future personal injury claims involves self-driving vehicles. Autonomous automotive technology presents some unbelievable possibilities for our future transportation network. At the same time, it poses truly novel legal questions concerning liability for accidents. If a self-driving car is involved in a crash, possibly even a deadly one, who is to blame? Do the victims and their family members sue the owner of the vehicle who, given that he or she wasn’t behind the wheel, did nothing to cause the accident? Do they sue the vehicle manufacturer? The software designer? The mapping service?

As the existence of autonomous vehicles changes from science fiction to reality, courts will very soon need to grapple with these questions. There have been early attempts to answer some of these questions, with the National Highway Traffic Safety Administration drafting a document that says it believes that when an accident occurs, the car should be considered the driver, not the human. This view, if widely adopted by judges, could turn car accident cases on their heads, with plaintiffs suing multinational corporations after fender benders rather than the car owner, a process that would likely pose many new and interesting challenges.

Will Drones End Up Helping Personal Injury Suits More Than They Cause Them?