Loretta MacPherson underwent successful brain surgery at Swedish Medical Center in Seattle last month. During her recovery from surgery, she sought out medication advice at a local hospital near her Oregon home. 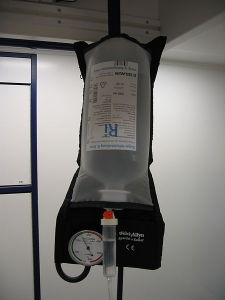 Two days later, she was dead.

Michael Boileau, the chief clinical officer at St. Charles Medical Center in Bend, Oregon, said that medical staff had ordered the correct medication for Ms. MacPherson—Fosphenytoin, a drug intended to ward off seizures caused by brain surgery—and the Fosphenytoin had been delivered to the medical center.

However, an internal investigation at the hospital showed that a pharmacy worker had filled a bag for intravenous injection marked “Fosphenytoin” with another drug, Rocuronium. Rocuronium is a potentially paralyzing muscle relaxant used to sedate and stabilize patients during surgery.

After being administered the wrong medication, Ms. MacPherson suffered cardiac arrest and stopped breathing. Doctors advised her son, Mark, that she had suffered irreversible brain damage. Ms. MacPherson was taken off life support and passed away two days after she entered the medical center.

Mark MacPherson said he had moved to be nearby his mother while she recovered from surgery. He said that prior to the prescription mix up, Ms. MacPherson had been making a speedy recovery, and her doctors expected that she would make a full recovery.

The medical center employees who were involved in the mix up have been placed on paid leave, according to the Daily Mail.

An independent, national nonprofit organization called The Leapfrog Group released a report in 2013 alleging that hospital errors have become the third leading cause of death in the United States. The group estimated that as many as 440,000 Americans die each year as a result of preventable hospital errors.

Earlier this year, patient safety officials testifying before the United States Senate’s Subcommittee on Primary Health and Aging alleged that aside from the devastating loss of life caused by medical errors, the errors were costing the United States some $1 trillion in annual economic losses.

Ashish Jha, MD, a professor of health policy and management at Harvard School of Public Health, testified that over 1,000 Americans die per day as a result of medical errors, while Joanne Disch, RN, clinical professor at the University of Minnesota, School of Nursing, testified that another 10,000 people per day suffer serious complications as a result of medical errors.

Disch said one patient in Minnesota had undergone a double mastectomy only to find out, after the surgery, that her biopsy report had been mixed up and she did not even have cancer.

Peter Pronovost, MD, an official in charge of safety procedures at Johns Hopkins Hospital in Maryland, said that medical providers should be investing as much in patient safety as in the digitization of health records and other health care-related information.

Jha agreed, saying the same kind of hype that has surrounded electronic medical records should be applied to new patient-safety protocols.