Charlotte Personal Injury Attorney Matthew R. Arnold of Arnold & Smith, PLLC answers the question “Do I have to sign a release allowing the insurance company to get my medical records?”

Everyone has heard horror stories of what can go wrong in surgeries. These tales often involve scalpels or bandages left behind inside a patient’s body or amputation of the wrong appendage. Though these mistakes are gruesome and terrible, they’re also fairly rare occurrences. Though medication errors may not be nearly as attention getting as some of the more extreme examples of medical malpractice, experts say they present a far greater danger to patients, occurring with alarming regularity and potentially causing serious damage when the mistakes do occur. 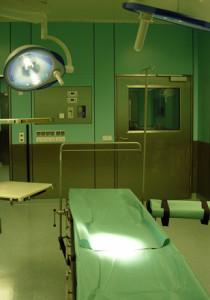 A recent study conducted by Massachusetts General Hospital revealed especially troubling numbers, showing that medication errors occur during nearly half of all surgical operations that were included in the research. More specifically, the study indicated that in 124 of 277 surgical procedures analyzed there was either a medication error or an adverse drug event. Beyond these specific surgeries, 3,700 medication administrations were also studied, and just under 200 medication errors were identified. Even more troubling than the number of medication errors was the discovery that the vast majority of these mistakes are entirely preventable. The study concluded that nearly 80% of these medication errors could have been avoided.

Experts say the study by Mass Gen is troubling as it is one of the first large-scale attempts to understand the risks associated with medication error. Alarmingly, many believe the rate of error is actually higher, given that Mass Gen is one of the best hospitals in the country with some of the most rigorous safety standards and best patient outcomes. For those hospitals that aren’t topnotch, the rate of medication error may be substantially higher.

The problem, according to one of the authors of the recent study, is that while hospitals have put serious safety checks in place to prevent medical errors, these rules are often loosened during surgery. Surgical rooms are fast-paced environments requiring decisions to be made on the fly, often without time for double-checking. The result is that medication errors and adverse drug events occur with far higher regularity than they do in the rest of the hospital.

Of the medication errors reported by the study, two-thirds of the drug errors were labeled “serious” and another 2 percent were deemed life-threatening. When these numbers are extrapolated out over the many thousands of surgeries that are performed across the U.S. each and every day, it adds up to a troubling proportion of mistakes. The numbers of medication errors combined with some other grim statistics is enough to give patients pause before going under the knife. Other studies have indicated that up to 400,000 people die each and every year due to preventable medical errors (including medication mistakes) and hospital-acquired infections. This would make medical errors the third leading cause of death in the U.S., behind only heart disease and cancer.

Experts say that while the current study does not provide answers about how to end the medication errors, it does shed light on a problem that was seldom discussed. By exposing the issue to further scrutiny, the hope is that medical professionals and hospital administrators can give the problem the attention it deserves. By working to reduce the instances of medication error, unsuspecting patients across the country can improve their odds of surviving and thriving after surgery, something that is in everyone’s best interest.