Matt Arnold of Arnold & Smith, PLLC answers the question “If I am injured in a car accident or at work what should I do?”

What is aggressive driving? 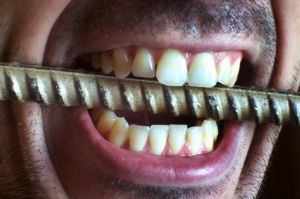 Aggressive driving is an umbrella term that encompasses a range of risky behaviors. Most broadly, aggressive driving refers to when someone on the road begins operating their vehicle in a reckless or potentially dangerous way. Aggressive driving can be demonstrated by little thing, such as unnecessary honking. Rude gestures, screaming at other motorists, jumping in and out of lanes, cutting off other drivers, passing slow moving vehicles when it isn’t allowed, running red lights or stop signs are some of the many examples of aggressive driving.

The short answer is that almost anything can cause aggressive driving. Someone driving too slow after you’re late for a meeting or a driver refusing to let you merge after a stressful day at work can set someone off and lead to dangerous and potentially deadly consequences. According to most surveys, the biggest contributing factor in aggressive driving incidents is the fear that a person is running late and is otherwise in a hurry. The mistake that these drivers, who might otherwise be perfectly reasonable people, make is that by cutting corners and driving dangerously, they will manage to buy themselves time. The reality is that aggressive driving seldom saves any meaningful time from your trip and succeeds only in dramatically increasing your chance of being involved in a car accident.

How big of a problem is aggressive driving?

Aggressive driving is a serious and growing problem here in North Carolina and across the country. Data gathered by AAA estimates that 56% of all accidents that occurred between 2003 and 2007 involved some form of aggressive driving. Even more alarming was research conducted by the National Highway Traffic Safety Administration, which revealed that as much as two-thirds of all traffic deaths could be linked to aggressive driving.

What does the law say about aggressive driving in North Carolina?

North Carolina is one of 15 states that have adopted legislation aimed at curbing the dangers posed by aggressive drivers. Lawmakers in North Carolina went so far as specifically creating an offense known as aggressive driving. Under state law, aggressive driving is defined as the driving carelessly or heedlessly in willful disregard of the rights or safety of others. Examples include speeding, running red lights, running stop signs, passing illegally, following too closely or failing to yield the right of way.

What should you do if you are the victim of aggressive driving?

If you’ve being confronted by an aggressive driver it is important that you avoid doing anything that will be seen as engaging or encouraging a continued dispute. Do not respond to any crude gestures or screaming. Ignore the driver as much as possible and try to stay out of the path of the aggressive driver. Though it may be hard to do, experts say the best approach is to avoid doing anything that would be seen as escalation and to keep your distance. Never confront the driver as this could lead to even more serious consequences.