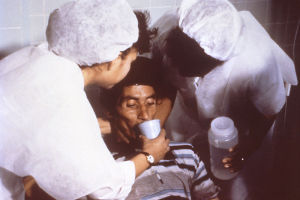 Following passage of the rules change, advocates from the Academy of Special Needs Planners said the upshot was that “people who [were] injured by, for example, medical malpractice or negligent drivers could get to keep little or nothing they gain from a lawsuit.”

The Academy explained that the rules change constituted a congressional response to a series of Supreme Court cases that upheld anti-lien statutes. These statutes protect the rights of claimants in lawsuit settlements.

Personal injury attorneys have long had to contend with Medicare liens in personal injury settlements. In general, Medicare liens are only applicable in cases involving older clients. One of the more vexatious problems facing attorneys who settle personal injury cases is estimating the amount of funds to set aside out of a settlement to pay for future medical care. This is a problem that will expand to a new class of clients if the Medicaid rules changes go into effect, Sivia said.

What this means in practical terms to an attorney like Sivia is that plaintiffs and plaintiffs’ attorneys alike will be rushing to get their personal injury lawsuits filed and settled before the rules change goes into effect.

Sivia recounted to the Madison-St. Clair Record how he feared a similar rules change affecting Medicare would affect the settlement of a particular client, who happened to be a Medicare recipient. He was able to resolve the claim before the change went into effect, a process plaintiffs’ attorneys may be repeating ad infinitum in the coming months.