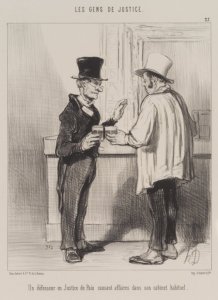 That was not enough for Turkewitz, however. He wanted the lawyer who represented Katz sanctioned for bringing the law suit, saying anyone who had been to law school ought to have known the suit had no merit.

Turkewitz was previously sued by a lawyer named Joseph Rakofsky after Turkewitz referenced a Washington Post article about Rakofsky’s handling of a murder case. Rakofsky sued the Post, Turkewitz “and practically anybody else who wrote about him[,]” according to Forbes. Turkewitz complained that it took too long for the court to dismiss the claims against him.

Forbes writer Daniel Fisher found that interesting. Turkewitz, after all, is a personal-injury lawyer who “opposes tort reform and celebrates the power of juries to award his clients tens of thousands or millions of dollars in damages for medical malpractice and other sympathy-inducing personal tragedies.”

But as Fisher points out, Turkewitz is consistent when it comes to what he sees as “shoddy lawyering” and “shady ethical practices[.]”

Turkewitz said plaintiff’s lawyers get prospective cases all the time that “are garbage.” The most important lesson to be learned, he said, is how to say “no.” Saying no at the beginning of a case means never having to allegedly ask “an investigator to ‘trick’ a witness into changing her story[,]” as Joseph Rakofsky was accused of doing, according to the Post.

As Turkewitz sees it, personal-injury lawyers should be the ones effecting tort reform by weeding out bad cases before they are brought. “Bad cases are brought by bad lawyers,” he said.