A Pennsylvania high school security guard made headlines in April when he endured a knife in the chest while helping to apprehend a young man who allegedly stabbed twenty students with a pair of eight-inch kitchen knives. 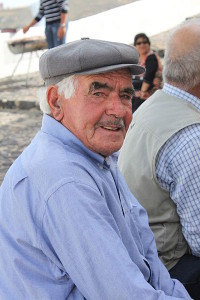 Now the man, John Resetar, is making headlines again, but this time he is not being hailed as a hero. This time he is a victim of age discrimination, his lawyer Tim Dawson said. Dawson said Resetar sustained the stab wound on a Wednesday and was back at school the following Monday. The knife pierced Resetar’s chest cavity to within an inch of his heart. Dawson said Resetar is a former linebacker who is a “young seventy,” young enough, the lawyer said, to keep his job.

Officials with Pittsburgh-based Capital Asset Protection Inc. thought otherwise. They fired Resetar for no good reason, according to Dawson. Resetar received a letter on Aug. 4 from Capital and Franklin Regional High School informing him of his termination. Resetar said he was upset by the way the school handled the termination. “Nobody would sit down and talk to me and tell me to my face,” he told the Daily Mail.

Dawson suggested that Resetar was fired because Capital thought he was “too old” to be an effective security guard. He said he planned to file an employment discrimination suit on Resetar’s behalf.

Instead, a person alleging age discrimination may bring a lawsuit in federal court 60 days after filing a complaint with the EEOC, regardless of whether the EEOC has acted on the person’s complaint.

Woman claims anxiety over work commute entitles her to damages