A recent crash involving the new Charlotte trolley system illustrates an important but often misunderstood aspect of North Carolina personal injury law. Though many people assume that when you’ve been injured in an accident caused by someone else you can simply sue to receive compensation for your damages, regardless of whether you as the victim may be somewhat responsible for the accident. In North Carolina, the personal injury laws make it impossible for a victim to sue the person that caused the harm if the victim is found to be at fault in any way for the accident. 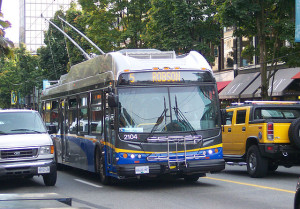 A crash late last month in Charlotte involving the new Gold Line trolley left one man injured and his SUV crushed. According to news reports, the accident was likely caused by operator error, with the driver of the trolley failing to engage a switch that then led the trolley to roll down a hill into the back of an unsuspecting SUV.

Though the driver of the SUV appears to have done absolutely nothing wrong, with the trolley driver clearly at fault, the case makes for a good illustration of how North Carolina’s laws regarding fault could potentially lead to bizarre results. For instance, if the driver of the SUV in this recent case had not been stopped on the road and hit from behind out of nowhere, but had instead made a small mistake, like turning out in front of the trolley after rolling through a red light, this could potentially be enough to deny an injury claim.

Now let’s back up and explain why that is. North Carolina is one of only four states in the country that follows what’s known as a contributory negligence standard. This means that if a plaintiff in a personal injury case is found to be at all responsible for his or her harm, then the plaintiff is completely barred from recovering damages. This rule applies across a wide spectrum of personal injury cases, including products liability, premises liability and, in this case, a car accident.

North Carolina’s law is incredibly stringent and effectively creates an all or nothing personal injury rule. As there is no apportionment of fault between parties, a plaintiff in North Carolina is prevented from recovering any damages if his mistake was a cause of an accident, even if the defendant’s actions were a much bigger cause.

Going back to our earlier hypothetical example, a driver who had turned in front of the runaway trolley when he or she wasn’t supposed to could be considered partially at fault for the accident. After all, if he or she hadn’t run the light, the accident would not have happened. In such a case, the victim would be denied all hope of recovery, despite the fact that the driver of the trolley was clearly at fault and that this person’s fault resulted in great harm to the victim. Common sense would indicate the victim should recover something for his harm. Sadly, common sense does not prevail under North Carolina’s contributory negligence standard.