Hydraulic fracturing, also known as fracking, has been in the news a lot recently. There have been heated battles between supporters and opponents of the activity, disputes that frequently boil over into legislative chambers and courtrooms. Supporters argue that fracking is a novel, though safe, approach to extract oil from the ground in otherwise hard to reach spots, which creates jobs and economic development. Critics argue that the chemicals used to bring the oil to the surface may be slowly poisoning the water supply and that the force with which the chemicals are pumped underground can cause earthquakes and untold other damage. 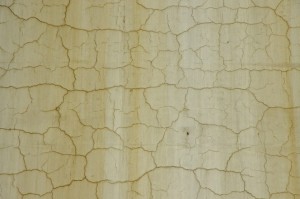 So far, these disputes have largely been one for legislators to consider, deciding whether or not to allow fracking to take place within the state. In a recent case out of Oklahoma, the dispute over fracking took a surprising and personal turn, with one plaintiff filing a personal injury lawsuit against a fracking company. Many believe the personal injury lawsuit is among the first of its kind and experts will be watching to see the outcome.

The lawsuit, Landra v. New Dominion, was filed by a plaintiff from Prague, Oklahoma, a town located in the heart of fracking country. In the case, the plaintiff asks for compensatory and punitive damages for injuries she claims were caused by New Dominion’s fracking wastewater disposal. The plaintiff says that in late 2011, she was watching TV in her house when a 5.0 magnitude earthquake struck, causing rock from her living room fireplace to fall onto her, seriously injuring both legs. The woman claims that her injuries amount to damage greater than $75,000.

Beyond this personal injury claim, the woman also filed a tort action against New Dominion, claiming that the company was engaged in ultrahazardous activity. This term refers to any activity that, by its very nature, involves a risk of serious harm that can never be mitigated against by exercising even the utmost levels of care. The plaintiff argues that New Dominion has the obligation to cease operating its fracking process in a way that causes such damage by contributing to seismic activity.

Though the Supreme Court allowed the personal injury claim arguing that fracking caused an earthquake to move forward, it did not make any comments regarding the merits of the case. As a result, it is not yet clear that this case will serve as an example for others. Now the hard part begins, with each side mustering experts and scientists to support its claim that fracking is either an ultrahazardous activity incapable of being performed safely, or an ordinary commercial activity whose harm can be easily protected against.