Immigration has been and still is an incredibly hot button issue in the United States. The issue is politically, legally and even socially charged, with reasonable individuals expressing a wide array of views. Though immigration status frequently comes up in a legal context, it does so usually with regard to deportation or the right to receive certain benefits. One area where immigration status is seldom discussed is in the context of a personal injury claim. 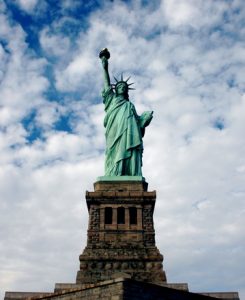 The short answer: yes. The Supreme Court has unequivocally held that undocumented immigrants have the right to bring personal injury claims in the U.S. just like any U.S. citizen. The Equal Protection clause of the Constitution refers to “persons” rather than “citizens”, making it clear that the right extends to those who have been injured, not just those American citizens who have been injured. Every person in the U.S. is guaranteed due process and entitled to equal protection under the law.

What about those in the country without documentation?

Though immigrants have the right to sue, the Supreme Court has never answered the question of whether an undocumented immigrant has the right to bring a personal injury claim. Though the High Court has been silent, many other courts have dealt with exactly this issue and clearly decided that even undocumented immigrants have the right to bring claims if they suffered harm at the hands of another person. For example, the Virginia Supreme Court has held that any evidence regarding a claimants immigration status is irrelevant and immaterial and therefore not admissible in a personal injury claim. The same sentiment has been echoed by courts in other states, such as Connecticut, California and Pennsylvania.

How can immigration status impact a case?

Though immigrants, including undocumented immigrants, are allowed to bring cases for personal injury in the U.S., a person’s immigration status can sometimes be taken into account. Though some courts believe questions of status should be inadmissible, others have allowed potential deportation to be considered by jurors. Especially in cases concerning workers’ compensation, questions over lost wages or accommodation into different positions have been impacted by a person’s immigration status. For instance, in some cases, courts have said lost wages are not owed to undocumented immigrants (though they absolutely are to documented immigrants). In other cases, courts have asked jurors to take into account earning potential outside the U.S. rather than inside the U.S. if deportation is likely.

Are there any concerns that should be kept in mind?

Though immigrants are perfectly able to bring cases in North Carolina and elsewhere after they’ve suffered an injury, it’s important to remember that if your status is in doubt, bringing a legal claim could draw unwanted attention. Anyone who is an undocumented immigrant should be aware of the potential implications of bringing a personal injury claim and take this into account before deciding to move forward.