A recent article out of St. Louis discussed a woman who was injured by a flying object and has now sued the restaurant where she suffered her injury. The woman complains of seemingly serious injuries, yet many experts believe her case is likely to be tossed out of court. The reason has to do with something referred to as the “baseball rule” and can have an important impact on personal injury cases. To find out more, keep reading. 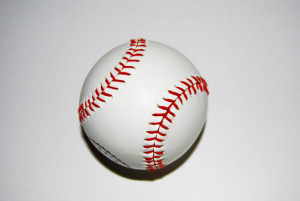 The case in Missouri doesn’t involve baseballs, instead, it concerns flying dinner rolls. Lambert’s Café is a well-known restaurant in Missouri, a local institution, known as the “Home of Throwed Rolls”. According to a recent lawsuit, the throwing of the rolls appears to be what caused the trouble.

A woman says she was there for a Bible study in September of 2014 when she was hit in the face by an airborne dinner roll. The doughy projectile caused a lacerated cornea with a vitreous detachment as well as head, neck and vision problems. The woman says the injury has already resulted in more than $10,000 in medical expenses and is seeking $25,000 to compensate for the restaurant’s negligence.

The woman argues that the restaurant should have known of the dangers involved in throwing dinner rolls; however, experts argue that may be precisely why her lawsuit could be tossed from court. The restaurant is covered in signs that say “Home of Throwed Rolls” and it’s understood by all who enter that getting hit by an errant roll is a risk that comes with the meal.

What is the baseball rule?

What does baseball have to do with dinner rolls? Experts point out that others have tried and failed to sue Lambert’s for roll-related injuries and the reason is that plaintiffs are required to take some responsibility for their surroundings. Many believe the case could be tossed as a result of the “baseball rule”, which says that those who attend baseball games are assuming the risk of doing so and cannot then sue if they are hit by a fly ball.

The baseball rule boils down to assumption of risk, which serves as a defense in a personal injury lawsuit. Defendants can argue that the plaintiff had knowledge of the risk of harm that would typically be present in the circumstance and chose to do it regardless. Those fans who choose to attend baseball games understand there’s a risk of being hit with a ball, but decide that risk is worth it to come to the game.

The same logic applies to throwed rolls. Those who choose to dine at restaurants where dinner rolls are tossed around the room understand the risk that comes from such a choice: being hit with a dinner roll. These diners are said to have assumed that risk and cannot later sue if such a risk indeed comes true.

One response to the defense of assumption of risk is if the defendant caused the harm intentionally or if there was some sort of defect that caused especially severe harm. For instance, if a pitcher purposely threw a ball at a fan with the intention of causing harm, the baseball rule would not apply. The same thing might apply if a waiter hurled a week-old crusty roll directly in a diner’s eye.

The Importance Of Time In A North Carolina Personal Injury Case