Experts say that a government program designed to compensate those injured from receiving vaccinations has recently made a shift by recognizing harms associated with the way the vaccines were administered, not just compensating victims for the content of the vaccines themselves. Chief among these conditions is something known as SIRVA, or “shoulder injury related to vaccine administration.” The shift isn’t a small one, since 2011, the fund has paid out more than $18 million to 112 SIRVA victims. 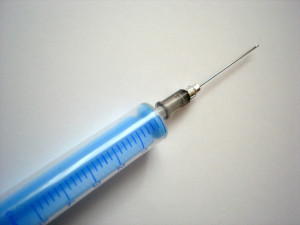 The fact that the government is now acknowledging that people can be harmed not only by vaccines, but also by how vaccines have been administered, is an important change and could lead to a dramatic increase in the number of claims filed with the vaccine court. Of the 112 SIRVA victims that have received money for filing claims with the vaccine court, more than half occurred within the past year.

The vaccine court, formally known as the U.S. Court of Federal Claims Office of Special Masters, was created thanks to a program designed to protect drug manufacturers from potentially devastating legal liability. The goal was to encourage manufacturers to continue making lifesaving vaccines without fear that a mistake could lead to devastatingly expensive class action litigation. The court also provides a venue for victims of vaccine-related harm to file claims for compensation. There is no jury to hear cases at the court, they are all decided by the judges themselves.

Initially the court saw claims from those who experienced rare side effects related to various vaccines. Recently there was a push by some to seek compensation for autism, though the cases were dismissed for failure to establish causation. Until 2011, all the payouts authorized by the court were related to the contents of the vaccines. That all changed once SIRVA was recognized as a side effect of the way some vaccines, though often the flu shot, are given.

SIRVA is said to exist when a practitioner administers the shot too high on a person’s arm. This can lead to serious musculoskeletal damage and cause severe shoulder pain. A 39-year-old registered nurse won a $1.04 million claim this year after she says SIRVA left her in excruciating pain and unable to wash her hair.

Experts say now that the court has begun paying out money for those injured due to improper vaccine administration, it’s only a matter of time until the number of claims related to such injuries explodes. It will become even easier for victims to file such claims after the government adds SIRVA to an official list of vaccine side effects, a move that is expected to occur later this year. Already, 20 other SIRVA cases are pending before the vaccine court and dozens of new cases have been filed by lawyers seeking compensation for their injured clients.

The change in handling of SIRVA is good news not only for those who have experienced similar pain, but a larger signal that the vaccine court is willing to consider claims for damage that many others would have been quick to dismiss. Several of the claimants who won this year say that they went from doctor to doctor seeking treatment for their pain, only to be told that there was no way the pain could be related to the administration of a vaccine. Continuing to fight for what you know to be true paid off in this case, quite handsomely in fact.