Imagine you are driving down the highway, taking care to obey all traffic laws. Suddenly, you see another car, driving in the wrong lane, headed straight for your vehicle. You react instinctually and swerve to the left, attempting to avoid a head-on collision with the errant car. In the process, you accidentally and instantaneously collide with another vehicle. 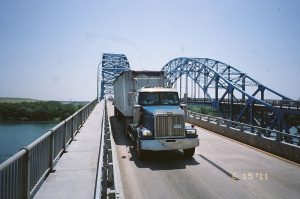 What happens legally in such a situation? Are you fully responsible for the injuries sustained by the person you hit, even though you only hit them trying to avoid a vehicle driving illegally?

In many states, including North Carolina, the answer is no, thanks to what is called the sudden emergency doctrine.

In the fact scenario above, it may seem as though the person driving in the wrong lane should be liable for the plaintiff’s injuries—after all, they were the person breaking the law. However, both types of causation would likely pose issues to such a lawsuit succeeding.

In any case, the above scenario is the exact one in which Gregory Howell found himself several years ago. The woman he collided with in attempting to avoid the errant driver unfortunately died from her injuries, and her estate sued Howell and the trucking company for whom he was driving. The North Carolina Court of Appeals used the case as an opportunity to affirm that the sudden emergency doctrine remains alive and well in this state, despite criticisms from various jurisdictions that the doctrine is overly confusing to juries and unfairly allows defendants to escape liability.

As it is applied in North Carolina, the doctrine holds that a person confronted with a true emergency is not liable for any injury that results to the extent that the person acts as an objectively reasonable person would in such an emergency. The emergency situation must have required an immediate action to avoid an injury, and the emergent situation cannot have been created by the defendant’s own negligence.

The victim’s estate pointed to evidence that Howell had been driving beyond the maximum hours set by his employer, and pointed to the portion of the sudden emergency doctrine that requires that the defendant not have created the emergent situation. On this point the Court disagreed because the plaintiff had not presented any evidence that Howell was in fact fatigued on the day in question, or demonstrated that Howell’s alleged fatigue caused the accident in any way.

The plaintiff also argued that Howell could have veered right instead of left, and could have stopped more quickly to avoid the collision with the victim’s vehicle. The Court took the opportunity to point out that this was the exact sort of hindsight precluded by the sudden emergency doctrine. The doctrine’s purpose is to hold a person to the standard of an ordinarily reasonable person facing that particular emergency, and doesn’t require that the defendant have chosen the “wisest choice of conduct.”