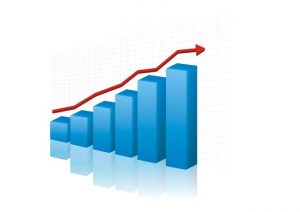 How bad are the numbers?

According to the NHTSA, there were more than 35,000 highway fatalities in 2015. This represents a 7.2 percent increase in deaths. The increase in deaths between 2014 and 2015 represents the largest one-year jump since 1966, a truly troubling statistics for drivers and safety advocates.

Another alarming detail from the recent NHTSA report is that motorcycle accidents have increased 8 percent. Additionally, the number of bicyclists and pedestrians killed also jumped, with fatality rates at levels higher than any time in the past 20 years. The report was clear that all categories of those on the road suffered harm to a greater degree than the year before, with traffic deaths rising across every segment of the population.

What’s the reason for the increase?

According to government safety experts, there are likely many factors behind the recent jump in deaths. For one thing, the NHTSA says they think that an improved economy could be to blame. With more people working comes more people on the roads. The low unemployment rate is thus partially to blame. The NHTSA also blames low gas prices, which encourage motorists to drive more often and for longer distances. According to researchers, total vehicle-miles driven in 2015 were up 3.5 percent, the biggest increase in the past quarter-century. The increased mileage was thus responsible for a good share of the increase in deaths, though that alone doesn’t fully explain the new numbers.

A third important cause of the increase is the greater share of young drivers on the road, a group far more likely than others to get involved in fatal car accidents. Beyond these big considerations, the NHTSA says that other factors, like speeding, drunk driving and increased driver distraction also played a role.

In an attempt to find answers, the Secretary of Transportation, Anthony Foxx, has said that for the first time the NHTSA would release anonymized data publicly for scientists and technology companies to explore. The hope is that by allowing the public to analyze this data, government safety regulators might better understand what’s causing the rise in deaths and take steps to combat the harm. Some companies have already come forward saying they intend to use the data to better understand traffic patterns and how they relate to fatal car crashes. The hope among many is that technology can help dramatically reduce auto deaths. Inventions like self-driving vehicles might hold the key to combating recent increases, explaining why the government has been so eager to approve the use of a technology that is so new and remains largely untested.