An infamous former administrative law judge in Washington, D.C. is back in the news recently after having legal ethics charges filed against him for his charades in a truly epic personal injury case years before. 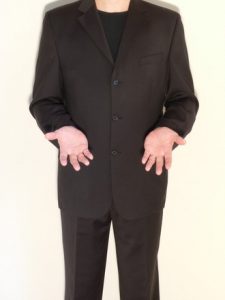 To say that Roy Pearson’s lawsuit against his dry cleaner’s made a mountain out of a molehill fails to do the legal saga justice, but perhaps a bulleted timeline will. It became known as the “case of the missing pants,” which is exactly what it sounds like but merits a re-telling.

Although it may not come as a surprise that someone who wasted years of the courts’ resources over such a frivolous case could face repercussions, the matter may have taken Pearson by surprise since over five (5) years have passed since the dismissal of the Pants appeal. When non-professional litigants file frivolous cases that the courts deem a waste of judicial resources, the usual penalty is just dismissal and maybe a fine. When you’re a member of a self-regulating profession, however—particularly the profession whose resources you’re wasting—it shouldn’t come as a surprise when that profession eventually wants payback.

A committee of the Board of Professional Responsibility agreed with two of the ethics charges against Pearson this June, recommending a stayed 30-day suspension conditioned on the ex-judge’s successful completion of two years’ probation. This would require Pearson to refrain from any frivolous legal claims during that period, although as of the hearing Pearson was still insisting the merits of his original claims. No word on if he ever replaced the Pants.

Note: The “Pants” not pictured.