Most people take comfort when they see that a road has guardrails. The barriers are supposed to be there to save lives, keeping vehicles and the people inside of them on the roadways. Though guardrails have saved countless lives, trouble can occur in some cases when defectively designed or poorly tested guardrails are installed. Rather than serving as a kind of protection, the guardrails instead created added danger and, in some particularly gruesome cases, have claimed lives. To learn more about recent concerns involving guardrails, keep reading. 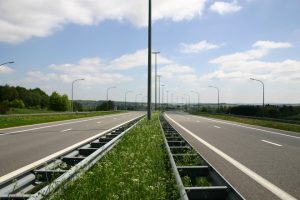 Tennessee landed in the news after state transportation officials revealed they would begin removing the 1,700 plus X-LITE guardrail ends that exist on Tennessee roadways. The decision was made after several fatal accidents, which revealed the barriers were responsible for causing serious harm and even death due to critical design failures. An investigation found links between the X-LITE guardrail ends and seven deaths in Tennessee, Missouri and Virginia.

Since June of 2016, the guardrails have penetrated three cars in Tennessee killing four people. These accidents include one instance where a 17-year-old girl died and was then sent a $3,000 bill from state officials for the cost of replacing the guardrail end that experts now believe was responsible for her death. In her case, the guardrail impacted the driver’s side door and resulted in serious harm leading to her death.

The problem, according to experts, is that the guardrails are not telescoping when fast moving vehicles collide with the end segments. The rails have multiple pieces that are designed to slide into one another upon impact. This allows the metal guardrails to collapse in on themselves, absorbing some of the force of the collision while avoiding piercing the oncoming vehicle. The problem in the case of the X-LITE guardrails is that the telescoping isn’t occurring in every case, particularly those where vehicles are moving faster than 62 miles per hour, the standard crash test speed for guardrail ends. Instead of collapsing in on themselves, they separate horizontally and pierce the cabins of the vehicle. In one horrifying case, the guardrail segments separated out and one went over the hood, obliterating the window of the vehicle and peeling the roof like a tin can. The driver in that crash died due to severe head trauma.

Tennessee officials have said they will spend more than $3 million removing and replacing the guardrail ends in an effort to offer better protection to the state’s drivers. So far, Tennessee is the only state to take such extreme action. Missouri has stopped replacing the X-LITE guardrails when they wear out, but hasn’t made a decision about removing and replacing existing guardrails. Other states have said they will further study the matter before moving forward.

North Carolina has its own trouble when it comes to guardrails. The North Carolina Department of Transportation spent millions buying and installing ET-Plus guardrails, manufactured by Trinity Industries. Though different from the X-LITE guardrails, they have a similar design defect that may be responsible for seriously harming unsuspecting drivers. One man, Jay Traylor, says an accident a few years ago that involved one of the ET-Plus guardrails cost him his legs when the barrier pierced the cabin of his truck and resulted in serious harm that left him unable to walk. The guardrail, at least in his case, failed to protect and is now the basis for a personal injury lawsuit against the manufacturer. There are more than 10,000 such guardrails on North Carolina roads and more than 200,000 spread across the country meaning the potential for harm remains great.