Americans have become very interested in wearable technology. Between the Apple iWatch, Garmin watches and gadgets, Nike exercise trackers and the incredibly popular Fitbit’s range of products, there is no shortage of options. These can be important motivators to exercise more, demonstrating in stark numbers your daily movement (or lack thereof). Though everyone understands that Fitbit’s and other wearable technology can be used for personal motivation, few people are aware of another new and potentially important use: evidence in a personal injury case. 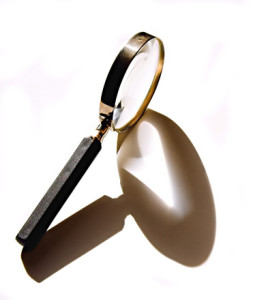 Late last year a Canadian law firm blazed a high tech trail by becoming the first to use a client’s Fitbit data in a personal injury claim. In that case, the client was injured more than four years prior, well before Fitbits ever existed. The data accessed didn’t show how much the plaintiff used to move, but was being used to show how little the plaintiff was moving today.

The plaintiff was a personal trainer, far healthier and active than an ordinary person of her age. The data that the attorneys were using was meant to compare her current activity levels with those of her peers, as measured by Fitbit. The lawyers relied on data accumulated by another company, Vivametrica, which compiles and analyzes heaps of data on a broad range of users. The personal injury case involved comparing the plaintiff’s low activity with the standards of other Fitbit users in a similar age range, demonstrating that the plaintiff was seriously injured and that the injury has continued impacting her life for years after.

One good thing that the case has demonstrated is that there other ways to quantify a physical injury beyond looking at medical records. In many cases, getting a doctor to testify about a plaintiff’s injuries is as good as it gets. This testimony is typically based on short office visits, seldom more than a half hour. A Fitbit, on the other hand, follows a person around all day, every day. This data is vastly more comprehensive than the snapshots doctors are able to see, perhaps revealing more depth of a person’s condition and how injuries are impacting their daily life.

Though there are potential benefits that comes with the new legal development, there are also costs. Though the recent case involved a plaintiff using the data in an injury case, the data from wearable devices could just as easily be used by defendants. Imagine an insurance company or employer denying claims based on self-incriminating evidence gleaned from a Fitbit. These companies could request a court order asking Fitbit or others to release data on a particular user, turning the helpful gadget into an informant. Though many cutting edge developments include both good and bad aspects, this one is especially deserving of a critical eye. If, as many suspect, the use of such technology continues to increase, there needs to be steps taken to ensure that a person’s privacy is not unknowingly violated by curious insurance companies eager to avoid paying out on a claim.