It was a case that experts on both sides of the legal spectrum have been anxiously awaiting and it ended in a victory, of sorts, for General Motors. The automaker just concluded the first of likely hundreds of lawsuits involving a faulty ignition switch that the company was aware of for years yet did nothing to fix until details emerged publicly recently. Many expected the first case, one of several bellwether cases that were hand picked by plaintiffs, to end differently. Though it’s good news for GM, at least for now, experts say the car company shouldn’t be so quick to breathe a sigh of relief. 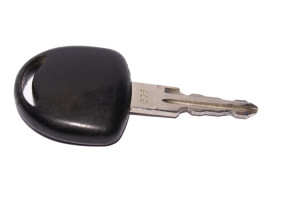 The case that was recently tossed out of court concerned an Oklahoma mail carrier who claimed that an accident in his 2003 Saturn Ion left him seriously injured. The mailman argued that the defective ignition switch resulted in a disabled air bag, which in turn led to serious injuries including memory loss and brain damage on his part. The plaintiff argued that these injuries resulted in the mailman losing his dream home because he forgot to mail a check.

It turns out, GM and its lawyers dug deeply into the plaintiff’s case and uncovered troubling information. The plaintiff, it now turns out, lied about the reason for losing his dream home and the lies were revealed to the judge presiding over the case. Given the plaintiff’s lies in court, the judge dismissed the case, leading to what would appear to be an important victory for GM.

Though GM has since issued a press release touting its victory, pointing out that the first case ended without any payment to the plaintiff, experts say that it’s too soon to say that this is actually good news for the car company. Though it’s true that this one case ended in GM’s favor, this is only because the plaintiff was found to have lied about various aspects of the case. At no point did the jury issue a decision on the merits of the case. Thus, the current dismissal will not have any impact on future cases as the plaintiff’s lies have nothing to do with the underlying legal theory of the other claims.

The second case to be heard regarding the faulty ignition switches was hand picked by GM, something that many believe bodes well for the company’s chance of success. After all, the company wouldn’t choose a case it expected to lose. The real test will be in the third case before the court, this one concerning a 35-year-old man who died after his Saturn crashed into a bank. The ignition switch failed, cutting power to the car causing him to lose control of the vehicle and preventing the air bags from deploying. Given these details, GM will likely have a much harder time refuting the claims of wrongdoing and may very well be in for a long, expensive run of litigation.

Though GM announced last year that it would pay $275 million to settle nearly 1,400 cases concerning the defective ignition switches, some plaintiffs refused to sign on and held out so that they would one day have their day in court. GM must now litigate these remaining cases, which could number in the hundreds. If the plaintiffs gain traction in some of these early bellwether cases, it could prove incredibly costly for GM. If, on the other hand, GM succeeds in picking apart the plaintiffs, GM may come out the victor. We’ll simply have to wait and see.