We recently discussed the issue of the rising death toll in auto accidents across the country. Figures released by the National Highway Transportation Safety Administration revealed that more than 37,000 people died in auto accidents in 2016. The stunning figure represents not only an increase over the previous year, but a substantial increase when compared to only two years prior. In fact, traffic fatalities in the U.S. have leaped by an astounding 14.4% in the past two years alone. 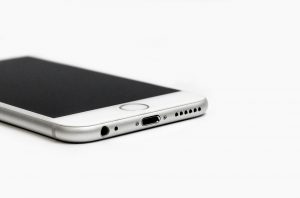 Though safety advocates, lawmakers and law enforcement officials are aware of the increase, few have been direct at laying the blame on any one cause. Some point to the fact that people are driving longer distances. Sure, that may be true, but experts say the increase was only about 2 percent last year. Others say that accidents related to speed or drinking are up. Again, that is true, but it does not tell the whole story. Drinking and speeding may have increased slightly, but neither is occurring at particularly historic levels. So then what is to blame? Those who are experts in the field believe that distraction, particularly distraction linked to smartphones, is the silent killer.

What evidence points in this direction? The first piece of evidence, according to safety experts familiar with the data, is that the rate of smartphone ownership in the U.S. has continued its dramatic rise. The number of Americans who own a smartphone jumped from 75 to 81% between 2014 and 2016. This represents millions of additional drivers with a smartphone in their hands sitting behind the wheel of an automobile. With such huge numbers of drivers using smartphones, it is not any wonder that increasing numbers will become involved in accidents, including deadly ones.

A second indicator that mobile phone distraction is a big factor in recent fatality increases is the changing way in which phones are used. Originally, phones were used to place and receive calls. Today, that almost seems quaint. Phones are used for texting and all manner of entertainment, for taking and uploading photos, for staying current with social media accounts, for reading and sending emails. The tasks drivers perform on phones continues to increase, as does the complexity of those tasks. As the engagement with our phones increase, the precious seconds where our eyes are taken off the road increases as well, leading, inevitably, to increased accidents.

A third sign that smartphones are behind the recent uptick in car accident deaths is found in the statistics reported by the NHTSA. The recent increases in deaths associated with auto accidents are clustered disproportionately in certain categories, including among bicyclists, pedestrians and motorcyclists. These groups are not only more vulnerable than passengers in vehicles, but they are also more likely to be missed by drivers busy looking elsewhere. It can be hard to ignore a large SUV even if you are busy sending emails. A pedestrian on the sidewalk or a bicyclist in traffic can be much harder to spot.

The problem is that numbers are not doing a good job telling this story. According to the NHTSA itself, only 448 deaths in 2015 were linked to smartphones, a mere 1.4 percent of all auto deaths. These numbers seem wildly off the mark, according to most experts. The problem is that local and state agencies that feed statistics to the NHTSA are not doing a good job of capturing accurate numbers. Currently, only 11 states use accident reporting forms that contain a space for police officers to list mobile phone distraction as a cause. That’s right, only 11. Interestingly, Tennessee has one of the most comprehensive accident report forms in the country. Of the 448 accidents involving a phone reported in 2015 by the NHTSA, 84 happened in Tennessee. That means, if the numbers are to be believed, a state with only 2 percent of the U.S. population somehow accounted for nearly 20 percent of its smartphone-related fatalities.

Before we can ever get a handle on the number of distracted driving deaths related to mobile phone usage, we need to understand just how bad the problem actually is. Experts agree that as soon as lawmakers, prosecutors, police officers and the public at large view the problem as serious as drunk driving, regulations to curtail the behavior will not be far behind.

Traffic Deaths Jump For A Second Year In Row