The Stand Your Ground laws have been in the news for years and, in that time, have generated a considerable amount of controversy. Critics say the laws encourage a shoot first, ask questions later mentality, which increases danger for everyone. Advocates say that the law exists to protect law abiding citizens who are attempting to protect themselves and their property from harm. 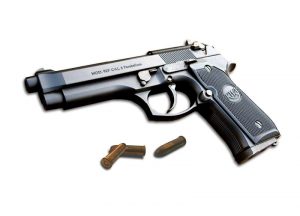 The Stand Your Ground law in Florida has recently been under an especially harsh glare. Earlier this year, the legislature updated the law. Thanks to the amendment, prosecutors are now required to disprove any self-defense claim by a defendant during what are known as “immunity” hearings. This puts the evidentiary burden squarely on the government, reducing the burden and risks faced by defendants. The law was opposed by prosecutors, but pushed strongly by the National Rifle Association (the NRA). The new law has already been found unconstitutional by a Miami-area judge, setting the stage for a series of legal battles.

Beyond the potential update to the law, Stand Your Ground has received attention related to several cases that critics view as examples of the bad behavior the law protects. In one case, a man in Miami was granted immunity after stabbing a person who was trying to steal a car radio. The thief had no weapons on him at the time, only a bag full of other radios. In another case, immunity was granted to a Chili’s security guard who shot and killed two unarmed men in a parking lot after a fight at the restaurant.

Though the courts granted immunity in both of the above cases, it is important to understand that the immunity granted was for criminal charges only. In the latest case to make headlines, judges had to decide whether Stand Your Ground grants immunity from civil lawsuits as well as criminal charges. The case before the Florida Supreme Court involved a man named Nirav Patel who hit someone in a Tampa bar in the eye with a cocktail glass. Prosecutors initially brought felony battery charges against Nirav, but these were thrown out by a criminal court judge who determined that Patel was acting in self-defense in accordance with the state’s Stand Your Ground law.

Though the criminal issues were decided, the injured patron had not yet had his day in court and filed suit against Patel. Patel responded by arguing that the decision by the criminal court to grant immunity applied to civil cases brought related to personal injuries. The appeals court who heard the case agreed.

As a result, the case eventually made its way to the Florida Supreme Court, which went a different direction. The Court reversed the appeals court and held that a judge in a civil case would need to hear evidence to decide whether or not the defendant would be granted immunity from civil suit. The Court made clear that the Stand Your Ground law did not mean that all defendants were automatically granted blanket legal immunity, instead, civil immunity must be decided separately and after a review of the facts.

Though immunity is not automatic, the recent decision by the Florida Supreme Court does not mean it is impossible. Just recently a judge in Miami granted civil immunity to a homeowner who shot a man trying to steal his WaveRunner. The man was deaf and his family brought civil charges against the homeowner. However, the judge assigned to the case heard arguments and reviewed evidence, but ultimately ruled that the shooting was justified under the law and thus that the homeowner was immune from civil suit.