In a ruling that has vendors of alcoholic beverages shifting nervously in their seats, a divided court of appeals ruled this month that a dram shop lawsuit against an Asheville resort for the death of a Charlotte woman can proceed. 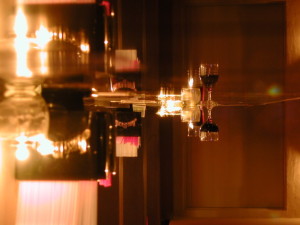 In 2012, employees at the Crown Plaza Resort in Asheville, North Carolina allegedly served at least 24 liquor drinks to Thomas and Lisa Davis. Thomas Davis alleges that his wife drank at least 10 of the drinks and became so intoxicated that she was unable to walk back to their hotel room. She fell, and resort employees put Lisa Davis in a wheelchair and took her up to her hotel room, where he claims the employees left the inebriated couple without appropriate assistance or medical attention. The next morning, Thomas woke up to find his wife dead from acute alcohol poisoning.

Davis filed a personal injury suit against the resort, claiming that it violated North Carolina’s dram shop laws and negligent aid or rescue.

Dram shop laws exist in some form in a majority of states. They can be used to prosecute and hold civilly accountable those responsible for serving alcohol to someone who later experiences or causes an alcohol-related injury. The laws can be upheld against stores, bars, restaurants and the local Alcoholic Beverages Control Board based on the following three factors:

Dram shop laws can also be used sometimes against social hosts who negligently provide alcohol to a visibly intoxicated or underage guest who then experiences or causes injury to another.

In the Davis’s case, the court stated held that the resort first had a statutory duty to stop serving Lisa Davis once she was visibly intoxicated, and that at least one of the drinks they sold her was in violation of this duty. The court also held that by wheeling the woman up to her room and then leaving her there without any medical attention or further assistance, the resort had abandoned their undertaking to give her aid. In personal injury law, a person can be held liable for an abandoned attempt to rescue, particularly if they put the person in a worse off situation than they were before the attempt at aid.

The court’s allowing the case to proceed is somewhat significant because of North Carolina’s contributory negligence laws, which normally serve to bar a plaintiff from recovering in court for an injury they themselves partially contributed to. However, there is an exception for this when the defendant’s behavior constituted gross negligence, or willful conduct that shows a reckless disregard for others’ safety. In such a situation, the plaintiff’s contributory negligence does not bar them from recovering.

The court refused to say that voluntarily consuming alcohol, even to the point of approaching a comatose state, without more amounted to anything more than regular contributory negligence.

Davis’s case was originally dismissed by the trial court but the Court of Appeals just reversed this dismissal by a 2-1 margin. Because the court was divided, the resort has an automatic right to have its appeal of the issue heard in North Carolina’s state Supreme Court. We will have to keep an eye on any new rulings in the case. The resort is arguing that the new ruling essentially imposes strict liability on vendors of alcohol and that this is unduly burdensome.