In certain cases, personal injury victims are allowed to bring a lawsuit against not only the person who directly caused their injuries, but also others who played some part in causing the eventual harm. These lawsuits are aimed at showing that the third party was negligent in some way and failed to uphold an obligation to the victim. These kinds of cases can be very beneficial to the victim because they ensure that someone else is liable for the damages you’ve incurred as a result of your injuries. This is doubly true when the third party is a company, an entity with deep pockets that can actually afford to pay what may amount to serious money. 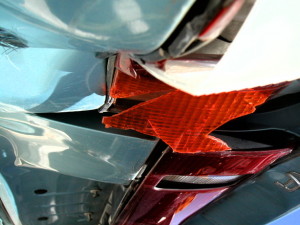 A recent example of this kind of suit occurred in Ohio when someone sued not only the drunk driver who caused their injuries, but also the strip club who employed the drunk driver. The case began back in 2010, when an exotic dancer was leaving the Thirty-Eight Thirty club in Dayton, Ohio. The woman says that she consumed three beers that evening, each one purchased by a patron. On her way home, she lost control of her vehicle and ended up crashing into another car on the interstate a little after 2 in the morning. The accident was a serious one and resulted in brain trauma, broken teeth and ribs, head fractures, a collapsed lung and a lacerated liver for the victim. The accident meant 11 subsequent surgeries and extensive physical therapy.

After the crash, the victim and her attorney began digging into the case and discovered that the club where the exotic dancer was employed made extra money off the sale of these drinks. Patrons were charged extra to purchase drinks for the dancers, something that was responsible for a huge proportion of the club’s profits. Given this, the plaintiff thought a case against both the dancer and the club seemed like a reasonable next step.

The problem, at least according to the Second District Court of Appeals, is that the Ohio Dram Shop Act does not apply given the particular facts at issue. The state law says that a liquor permit holder (in this case, the club) is liable when an intoxicated person that it has served alcohol to causes injuries, but only in two relatively narrow circumstances. These are 1) if the person being served was noticeably intoxicated at the time or 2) if the person being served was a minor.

In this case, neither basis existed. As a result, the Second District said that because no required conditions apply the club cannot be held financially responsible. The original verdict was reversed and vacated, at least with regard to the money owed by the club. Unfortunately for the victim, that means that she will have to try and collect the $2.85 million entirely from the exotic dancer, an unlikely proposition.