Everyone knows that drivers today face far more distractions than those decades or even several years ago. Though the cars themselves have grown more distracting, with DVD players, apps, maps and even in-car Wi-Fi, smartphones represent the most common and most alluring distraction to most drivers. The calls, texts, emails, internet, social media and multitude of apps can prove to be too tempting for many people to resist. This has led to an increase in fatal accidents, reversing a long downward trend. On a societal level it’s a problem in need of a solution, but on a personal or familial level it can be devastating. 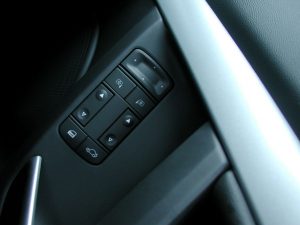 One recent example of that comes from the Dallas-Fort Worth area where a five-year-old girl died after a crash caused by a distracted driver. In that case, a family of four was driving home on Christmas Eve 2014 when they slowed their vehicle to a stop due to police activity ahead. The driver behind them, a 22-year-old in an SUV, was distracted while using Apple’s FaceTime application, a video chatting service. The driver of the SUV failed to notice the stopped cars ahead and crashed into the family at full highway speed. The force of the collision resulted in the SUV rolling over the family’s sedan, killing the five-year-old in the backseat and critically injuring the dad, mom and other daughter. When police arrived, the FaceTime app was still in use on the driver’s phone.

The driver of the SUV has been indicted on manslaughter charges and is awaiting a criminal trial. The parents, unwilling to simply sit idly by, have now filed a lawsuit against the driver and, to the surprise of some observers, Apple. They are suing in civil court and are seeking reimbursement of medical expenses as well as damages for the loss they’ve suffered. According to the suit, the driver is responsible due to his involvement in the deadly crash. The family claims that Apple should be liable as well because they failed to take action that could have prevented the accident from occurring in the first place.

According to the lawsuit, Apple developed a patented system years prior to the accident that would automatically disable the FaceTime app when a person was in motion. The system relied on sensors in the phone to detect when a user was traveling in a car and would automatically lock out the FaceTime app. Despite this being patented and available for use, Apple never rolled out the innovation. The lawsuit blames Apple for failing to introduce the safer alternative system despite having the technical ability to do so and claims the company’s negligence is partially responsible for causing the accident. Had the company simply released the fix as a software update, the accident might never have occurred. Furthermore, the suit blames Apple for failing to warn users about how dangerous use of FaceTime while driving can be.

The driver of the SUV continues to deny responsibility for the crash, arguing that he was not distracted at the time of the collision. His case moves forward in February. For their part, Apple has remained silent, refusing to comment to the media regarding the case. Whether the family is able to convince a judge and jury that the tech giant is to blame for the crash that killed their daughter remains to be seen. Should they prove successful, it could lead to important changes with smartphones, incentivizing tech companies and app developers to take steps to prevent drivers from using the machinery while behind the wheel.