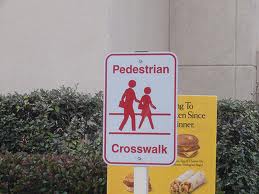 According to a recent report by Fox Charlotte, there have been two teens hit by cars while walking home from a local high school in little more than a week. The accidents took place at one of the most dangerous intersections in the city and it has become a source of some concern for many of the residents of that area and the parents of the children who have to cross it.

Residents of the area have noted that there are several problems with that intersection. One of the problems is that the intersection does not have a crosswalk sign or a warning sign for the students that cross the street. Another problem is that there is a “No U-Turn” sign that the majority of drivers ignore, which increases the risk of an accident. Residents believe that a stop light at that intersection will significantly decrease the chances of having an accident with a pedestrian.

It is difficult to file a civil action against a municipality. The North Carolina Civil Tort Claims Act governs how an individual can file an action against a state or a state agency. It is complicated legislation. It is advisable that if you, or someone you know, believe you may have a potential claim against the state of North Carolina, please contact the personal injury lawyers at Arnold & Smith, PLLC at 704-370-2828 for a free consultation.