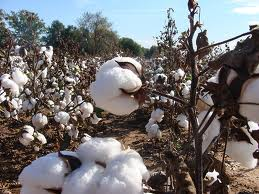 According to a recent report by MSNBC, Charlotte firefighters were called to the Barnhardt Manufacturing Company early Monday morning because one of the company’s employees was involved in a serious accident. When the firefighters rushed into the plant, they found one of the workers with his entire arm caught inside one of the processing machines. According to Captain Mark Basnight, it took nearly 30 minutes to free the worker’s arm from the machine. It was an extremely tedious procedure. The firefighters had to take their time to make sure that they did not do any further damage to the man’s arm trapped inside of the machine.

After being freed from the machine, medics rushed him to Carolinas Medical Center. He suffered significant life-threatening injuries and the doctors had to amputate the man’s arm. It is likely that he will have to have more cosmetic surgery in the future and even more if he is planning on using a prosthetic arm.

The Barnhardt Manufacturing Company processes cotton and other fabrics. According to its website, the company bleaches and purifies cotton to be used by other manufacturers. NewChannel 36 tried to reach the company for comment, but they have not been successful. That the company would not respond to requests for comment is not surprising given that during the past 10 years OSHA investigators have been to the plant seven times.

In addition to the visits from OSHA, the plant has been cited 35 times for violations. It is possible that OSHA violations were to blame for the serious accident, but the investigation is not complete. OSHA, which stands for the Occupational Safety and Health Administration, is the federal agency that enforces that Occupational Safety and Health Act of 1970. That law requires that employers provide workers with a safe and healthy working environment. If an employee believes that his or her work place is not safe, that employee is entitled to file a confidential complaint with OSHA, and eventually entitled to judicial review of a final decision of OSHA.

In addition to the OSHA violations, if the company was negligent, it could face a personal injury lawsuit from the injured worker. There may also be some worker’s compensation issues that have to be resolved if the company was not negligent in any way. The legal situation is complicated and is likely being handled by an experienced Charlotte, North Carolina workplace injury lawyer. If you, or someone you know, have any questions regarding personal injury claims, please feel free to contact the experienced Charlotte, North Carolina personal injury lawyers at Arnold & Smith, PLLC for a free consultation. Call at 704-370-2828.