For years now, personal injury attorneys have warned plaintiffs to be very careful about the kinds of information they choose to reveal online. Despite the calls for restraint, many find social media simply too irresistible and can inadvertently undermine their cases by saying or doing the wrong thing and then broadcasting it far and wide. Many mistakenly believe that by making posts private they protect themselves from disclosure. A recent personal injury case in New York proves that this is not always the case and should hopefully serve as a warning to others. 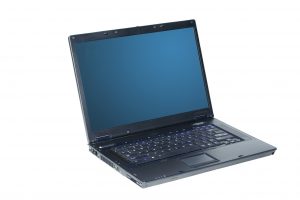 A woman was injured back in 2011 when she fell from a horse. The horseback riding accident was a serious one and left her with significant cognitive impairments. The woman claims that she is now no longer able to function normally. She cannot ride horses, a hobby of hers prior to the accident. She cannot work. She is in constant pain. She cannot even draft emails without intensive thought due to her brain injuries. The accident has impacted her in almost every aspect of her life.

After filing suit against the owner of the horse, the defendant and his attorney demanded that the plaintiff disclose information as part of the discovery process. Specifically, the defense asked that the plaintiff reveal information from the woman’s social media accounts. She had maintained an active Facebook account for years and only stopped using it about six months after her accident. The defense wanted to see photographs that had been uploaded as well as posts made to her account both before and after the accident.

The defense argued that the woman opened her social media activity up for scrutiny by citing it herself. She claimed that she was a ghost of her former self and that her social media profile would demonstrate that. She referred to pictures showing her active lifestyle prior to the accident. The defense then said they wanted to see not only those photos that were posted publicly, but also those published privately.

The lower court ordered that the plaintiff reveal her social media posts, specifically, that she produce a limited amount of information, including images and data about postings to the account. The judge said that she would need to reveal the dates and times of her Facebook posts as well as the number of characters or words contained in the messages. Additionally, she would need to reveal the photographs that she had posted privately on Facebook.

The plaintiff pushed the issue and appealed, arguing that private posts ought to be excluded from discovery by claiming they were irrelevant. The matter made its way to the highest court in New York, which agreed with the defense. The Court ruled 7-0 that the photographs, private and public, as well as data about postings to the account were relevant to the injury case. The Court went on to say that these posts were relevant in that they shed light on the woman’s condition, both before and after the accident. The data about the posts would also reveal her cognitive limitations, something she had argued were severely impacted by the accident.

Going forward, the Court said that judges should weigh a plaintiff’s privacy against the interest in disclosure. The Court would not say that all private information in personal injury cases should always be made available for discovery. Instead, the decision should be made on a case-by-case basis. That means that going forward, plaintiffs should be aware that anything they do online is fair game, whether the post is public or private.