Charlotte Injury Lawyer Matt Arnold answers the question: “What happens if I still owe money on the vehicle but the insurance company classifies it as a “total loss”?

When you think of personal injury cases, some of the first things that spring to mind likely include car accidents, slip-and-falls or dog bite cases. Each is a straightforward example of a personal injury in that an individual suffered harm due to the actions (or inaction) of someone (or something) else. But what happens when the victim isn’t a person, but a company? Can a personal injury claim still move forward? Keep reading to find out. 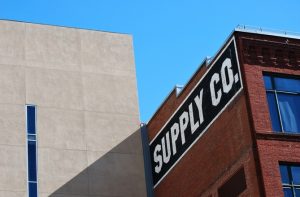 A case in Ohio recently presented the odd situation of a business bringing a personal injury claim. Brad A. Wharton LLC filed a lawsuit against the city of Athens, Ohio. The incident involved an episode in 2015 where the basement of Broney’s Grill (owned by Brad A. Wharton LLC) flooded. According to the lawsuit, the flooding occurred due to inadequate maintenance and repair of a storm drain on the part of city workers. The flood resulted in serious damage and led to a lengthy and expensive cleanup.

The LLC then filed suit, asking for compensation due to the property damage sustained as well as cleanup costs and lost revenue. The lawsuit also included a personal injury claim, arguing that the LLC suffered significant personal injuries including the loss of enjoyment of life and severe emotional and mental distress. The damage was evidently serious enough that the LLC valued its personal injury as being in excess of $25,000. The paperwork didn’t elaborate on what the LLC’s quality of life was prior to the flood.

After the lawsuit was filed, the city responded by asking that the claim be dismissed. According to the city, the employees in the Public Works Department performed their jobs as required and are not responsible for the damage sustained at Broney’s Grill. Additionally, the city argued that the personal injury claim should be dismissed because only a person, not a company, can suffer a personal injury.

The judge presiding over the case agreed with the city. In his opinion, the Judge noted that the only plaintiff listed in the complaint is the LLC and that an LLC cannot sustain a personal injury. As a result, the personal injury component of the lawsuit was dismissed, though the other aspects of the case have been allowed to continue, at least for the time being.

Though it may seem obvious, let’s discuss who can file a personal injury claim. A person can suffer injuries to himself and sue as a result. A person can also sue for injuries suffered by a loved one. For instance, if your spouse was seriously injured you can sue for compensation due to loss of companionship. In other cases, a person can sue on behalf of injuries suffered by someone else. An example of this is a wrongful death case, where people sue to recover damages for harm suffered by a loved one. You may notice that there’s a common theme in all of these cases: the person suing or the person suffering the harm is a person, not a corporate legal entity.

Obscenity Class Action Sues Snapchat for Being Too Sexually Explicit