Snapchat is getting sued again. 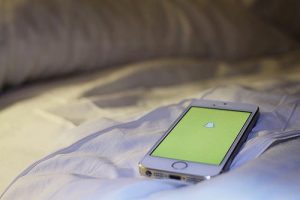 This time, the suit is less like the traditional personal injury lawsuit we have come to expect against the social media app: celebrity attorney Mark Geragos, whose client list includes Chris Brown, Roger Clinton and Andy Dick, filed a class action lawsuit against Snapchat on behalf of a 14-year-old boy. The suit claims Snapchat and its publishers expose children to sexually explicit content that parents would likely prohibit if they knew their minors were being given unrestricted access.

The obscenity action is decisively different from the other personal injury suit filed against Snapchat earlier this year. In the previous suit, the family of a permanently disabled man sued the teenage driver who hit him while going over 100 miles per hour in reportedly trying to get the app’s “Miles per Hour” filter to the triple digits. The man’s family joined Snapchat in the suit for providing what they claimed was an inherently negligent feature and marketing it to teenagers.

Although the two suits involve entirely different causes of action, there is one obvious similarity—both aim to take Snapchat to task for providing access to material in a negligent manner, given the app’s primary target audience of young teens.

Many parents were already aboard the Snapchat hate-train, accusing the app of promoting sexting among teens. The social media program allows its users to send photos and videos that disappear after they are viewed. But the class action suit suggests that while parents may already be aware of the dangers the app’s direct messaging feature poses, they are not aware of the explicit content which media outlets share on its “Discover” feature with no age verification or warning.

The Discover feature was released back in January 2015. It provides a “news feed” of sorts, featuring links from different media partners such as Vice and Buzzfeed. The lawsuit alleges that since its release, the Discover feature has been given increasingly prominent placement in the app and now appears on the horizontal bar above the daily stories posted by a user’s friends.

The lawsuit provides numerous examples of linked content it maintains is obscene, including a Vice article about penis tattoos, and numerous other articles involving explicit sexual acts and drug use (for a full sampling of the content, check out the complete filing provided in the first link below this blog).

Amongst other things, the lawsuit claims that Snapchat has violated the federal Communication Decency Act, which requires companies like Snapchat to notify their customers that parental control settings are available for their content. It seeks monetary damages and an injunction (court order) requiring the company to warn Snapchat users of the adult and offensive content and/or provide parental filters.

Obscenity claims typically have their work cut out for them given the strong freedom of speech protections built into the First Amendment that are given robust respect by the courts. What qualifies as “obscene” is obviously a subjective question, and the fact that Snapchat markets itself so heavily towards minors does not change the fact that its user base also includes a good number of young adults who are not minors.