Most people think that if they leave a bad review online that’s the end of the story, often believing the person who left the negative comments gets the last word. Though this might be true some of the time, a recent lawsuit in California indicates that the victim of the review can occasionally have the last laugh and, even more surprising, can hold the site where the review was posted accountable. 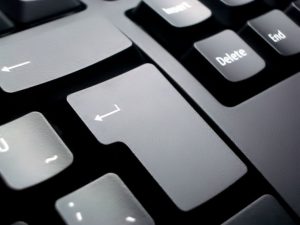 The case in California involves a woman and the attorney who briefly represented her in a personal injury case. The lawyer eventually withdrew as the woman’s attorney, which led the woman to begin posting a series of negative and false reviews on Yelp. The attorney contacted the woman and asked her to remove the bad reviews, but the woman refused. As a result, the attorney did what attorneys do, and filed a lawsuit, this time for defamation.

The woman being sued failed to show up at court and a default judgment was entered against her (to the tune of more than $550,000). At the time, the court also ordered the woman to take down her bad reviews. In a surprising twist, the court then issued a separate order directed at the online review site Yelp. Though Yelp was never a party to the lawsuit, the court instructed the site to remove the defamatory review.

Yelp has now taken it upon itself to appeal the verdict, arguing that it was never party to the litigation and should not be held accountable for the actions of those who post reviews, whether good or bad, on its website. Yelp says that it has taken action in the past against companies and users who are posting fake reviews, though these are often aimed at rooting out falsely positive write-ups, not negative remarks.

Experts say the case is an important one for several reasons. First, it shows that online reviewers can be sued for defamation and be held financially responsible for damaging companies on the receiving end of their negative ratings. Even more interesting, it appears to indicate that the sites hosting the reviews can also be held responsible.

If the case is ultimately upheld, which is a big if at this point, it could be a big deal for victims of negative reviews. Something that has often held back lawsuits is that the reviewers typically lack deep pockets and thus there would be little money to collect even if a defamation suit were to be successful. If the companies that host the reviews, like Yelp, can be held responsible it would allow victims to go after much better sources of compensation.

Such a ruling would also force companies to take more responsibility for what users on their sites say and do, something that many argue places an unfair burden on growing tech companies and may even restrict free speech rights. We’ll have to wait and see how the courts decide to handle the case.

Can I Sue for an Unwanted Circumcision?