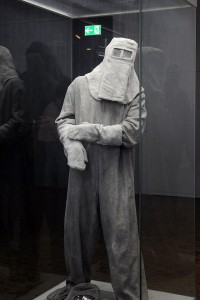 Gov. Ducey said that while victims are entitled to compensation, the bill would “increase transparency and fairness in asbestos litigation.” The bill, sponsored by Rep. Sonny Borrelli, R-Lake Havasu City, will require claimants in asbestos-exposure lawsuits to “provide a sworn statement of every asbestos-related claim they’ve made or plan to make.” This will discourage or prevent what Gov. Ducey called “double recoveries.”

Asbestos exposure can cause a deadly lung disease called mesothelioma. Many individuals who have contracted mesothelioma have attributed the disease to workplace exposure to asbestos. The naturally occurring mineral is used principally for building and electrical insulation.

Companies that produce asbestos-related products have faced so many law suits in the past two decades that they have set up asbestos-injury trusts to compensate those who contract mesothelioma as a result of workplace-asbestos exposure. Some companies have alleged that claimants—often with the assistance of crooked personal-injury attorneys—have sued for damages for asbestos exposure in one or more courts of law, received a settlement or verdict in their favor, and then turned around and made a claim for compensation from one or more of the asbestos-injury trusts, or vice versa.

That’s a practice Gov. Ducey wants to end in Arizona. The Arizona Trial Lawyers Association says, however, that the bill he signed into law will make claims more expensive and will delay justice for victims of asbestos exposure. Janice Goldstein, executive director of the association, told the Claims Journal that the goal of the bill is to “make sure no victim survives his or her asbestosis or mesothelioma long enough to testify in court.”

The Claims Journal noted that the “conservative pro-business group known as the American Legislative Exchange Council has been pushing similar legislation in states around the country.” That group generates model bills that editors at Mesothelioma.com say are beneficial to corporate donors, who pay annual dues of between $7,000 and $25,000.