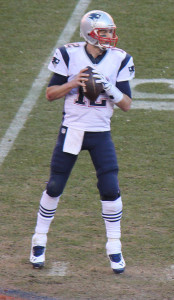 After the fight, fans learned that Pacquiao revealed—just prior to the bout—that he had suffered a shoulder injury. According to Time, Pacquiao is expected to undergo surgery to repair a torn rotator cuff, which is likely to keep him out of the boxing ring for as long as a year.

The revelations about Pacquiao’s injury caused Francisco Aguilar, the chairman of the Nevada Athletic Commission, to question why Pacquiao failed to publically disclose the injury before the match. Pacquiao’s adviser, Michael Koncz, took the blame for checking “no” on a pre-bout form that asked whether the fighter was injured, calling it “an inadvertent mistake.”

That explanation did not suit plaintiffs Staphane Vanel and Kami Rahbaran. They sued Pacquiao, Top Rank, Inc., Koncz, promoter Robert Arum and a number of other defendants in federal court on Monday, claiming they should be reimbursed for sums they paid either for tickets or for pay-per-view packages used to view the bout. The suit seeks class-action status on behalf of all individuals who purchased tickets or pay-per-view packages or who placed wagers on the bout, claiming that Pacquiao’s injury was fraudulently concealed.

If Vanel’s and Rahbaran’s lawsuit holds up, fans of the National Football League’s New England Patriots and quarterback Tom Brady may be in for a rocky summer. After complaints registered by the Indianapolis Colts following their loss to the Patriots in last season’s American Football Conference Championship game, league officials launched an investigation into whether game footballs were intentionally deflated.

In the media whirlwind that followed the Colts’ allegation, audio surfaced from a 2011 interview in which Brady said he liked throwing deflated balls. Media outlets called the incident “deflategate” after the famous scandal involving Washington D.C.’s Watergate office complex that torpedoed Richard Nixon’s presidency in the mid-1970s.

After a nearly four-month investigation, league officials concluded that at least two Patriots equipment managers were involved in deflating footballs before the game against the Colts. Text messages exchanged between the equipment managers appeared to show that Brady was aware of efforts to deflate balls.

If Brady and at least two members of the Patriots staff were involved in a conspiracy to deflate footballs for the purpose of gaining a competitive advantage, then it follows—based on the suit against Pacquiao, et al.—that football fans and gamblers were swindled not only by the delating action but also by the fraudulent concealment of the deflating of balls. They too might argue that they are entitled to reimbursement for sums expended on a game whose outcome was artificially affected by the actions of Brady and others in the Patriots organization.

Couple not happy their engagement photo was used for N.F.L. star’s erotica novel