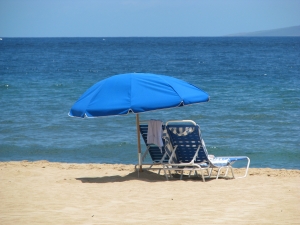 A Charlotte woman’s Florida vacation turned into a nightmare. Rinda Mizelle was enjoying her vacation on the beach in Fort Lauderdale, Florida when her time in the sun was ruined. She was run over by an Ocean Rescue pickup truck. She was sunbathing on the beach around 3:00 PM. She was laying on the sand with shorts over her face to keep the sun out of her eyes. The next thing she felt were tires roll across her body. Lifeguards rescued her and she was immediately transported to Broward General Medical Center. She was treated for her injuries and released. After this incident she filed a lawsuit against the city of Fort Lauderdale alleging negligence.

The city has responded by reevaluating its policies concerning vehicles on beach. The mayor, Jack Seilier, said, “I can safely say we’ll evaluate that policy… We want to make sure that people have the best possible experience on our beaches. And if there’s some issue with the safe use of vehicles on the beach, then we need to address it.” The driver of the pickup truck has been placed on administrative leave until an investigation is conducted into the accident.

Opinions regarding large trucks on the beach are split. Some believe that such large vehicles prevent drivers from seeing people who are laid out on the beach. Others believe that they are necessary to carry the lifeguard’s equipment from one end of the beach to the other in a timely manner. In some emergency situations, lifeguards and safety personnel need boards, defibrillators, and other emergency equipment necessary to save someone’s life.

Emergency officials in Fort Lauderdale are saying that having a sunbather run over by a beach vehicle is unheard of, but there have been other similar incidents in Florida, in both Miami and Volusia County. Mizelle’s attorney, John M. Phillips, finds it extremely troubling that this has happened to more than one sunbather on Florida’s beaches.

Every state that borders the ocean and has beaches should be concerned about the safety of beach-goers. North Carolina’s beach community should take the proactive approach of reevaluating its use of rescue vehicles on the beach. Perhaps it is best to use smaller, all-terrain vehicles that allow for greater visibility of sunbathers. The drawback to that is that there is a minimal amount of storage space for emergency equipment.