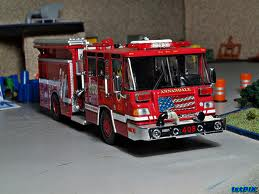 In Huntersville, North Carolina, a firefighter is recovering from being injured by a car while doing his job. According to a recent article published on WCNC.com, on Saturday, April 14, 2012, the fireman was getting back into his truck after fighting a fire on Beatties Ford Road. As he was climbing up into his truck he was hit by a car as it passed him. He was thrown off of his truck and hit the road. As a result of the accident, the fireman had abrasions, a concussion, and severe road rash. The fireman was immediately taken to Carolinas Medical Center for medical attention. Soon after being admitted to the hospital, the fireman was released and sent home to recover from his injuries.

A preliminary investigation revealed that the driver of the car did not see the fireman as he was getting up into his truck. The flashing lights from the fire truck obstructed the driver’s view. Like every responsible citizen involved in a car accident, the driver of the vehicle stopped and remained at the scene. The driver cooperated fully with the investigation and will not be facing any charges related to the accident.

Although no criminal charges will be filed against the driver, the driver may still face possible civil liability for his involvement in the accident. The driver was clearly at fault for the accident. Because the lights from the fire truck obstructed the driver’s view, he could have slowed down to ensure that he avoided getting into an accident. The fire truck, which is a clearly marked emergency vehicle, had all of the lights and sounds going so that everyone on the road and in the neighborhood knew that the vehicle was being used for emergency purposes.

The fireman has a possible case against the driver for negligence in the operation of his vehicle. In operating a vehicle, the driver has a duty to drive in a manner that ensures that no one else on the road is in danger. The driver breached the duty by failing to slow down when he saw the fire truck’s emergency lights. The driver’s breach of his duty was both the actual and proximate cause of the fireman’s injuries.

If you have any questions regarding a personal injury, please call a personal injury lawyer in Charlotte North Carolina, at Arnold & Smith, PLLC. They will work hard to get you the civil justice you deserve. Call today for a free consultation at 704-370-2828.