Anyone who pays attention to the news has heard about the terrible increase in deadly car accidents in recent years. In fact, the problem has gotten so bad that auto fatalities have risen at rates not seen in more than 50 years. This tremendous growth in deadly driving has been tied to a number of factors, chief among them the increase in distracted driving. Given the rise, some have begun to wonder whether cellphone manufacturers and cellphone service providers have a responsibility to prevent the devices, which the companies earn tremendous profits off of, from being used for deadly purposes. 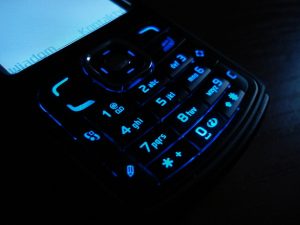 A recent court case in Texas raised precisely this issue. In that case, a young woman who was distracted by text messaging crashed into an SUV. The accident killed the driver of the SUV, a passenger and left a child paralyzed. The victims and their family members are now suing Apple, filing a product liability lawsuit alleging that the tech company knew its phones could be used for texting and did nothing to prevent this from happening while a person is driving. They claim the company was aware that its product could be used in dangerous and illegal ways, yet failed to take any actions to stop the illegal and dangerous use.

The case in Texas is interesting because it has also brought to light a previously unknown fact: Apple has a patent for technology designed to prevent distracted driving yet has done nothing to bring this product to market. Apple filed for a patent back in 2008 for what it described as a “lock out” feature that would use sensors in a driver’s phone to disable certain features, such as texting, if a person was operating a motor vehicle. In the patent application, Apple’s lawyers mentioned that the feature was important because texting had become so widespread and laws would be unable to curb the growing increase in the activity. The company even noted that while people may understand that texting is dangerous, “this is often not enough motivation to end the practice.”

The Apple patent makes clear what others have long known; the technology to end distracted driving already exists. Cellphone companies already recommend several apps that work to disable particularly distracting features of a phone, including text messaging or social media apps. The problem with these apps is that they all require the drivers themselves to take action to disable the phones, none of the disabling is automatic. This requires drivers to make the responsible decision each and every time they get behind the wheel, something that many safety experts believe is unrealistic. Besides the fact that people aren’t perfect, they have an even bigger battle when it comes to cellphone-related distraction: studies have shown we can be addicted to the constant stimulation and our brains release dopamine when we hear the ping of a new message. Expecting addicts to step away from their next fix is likely asking too much. It’s for this reason that the companies involved in creating the devices need to take these decisions out of the hands of users. Deploying automatic features is the only way to ensure incidents of distracted driving are reduced. Whether the companies ever decide to take such a provocative step remains to be seen.

Though the case in Texas is unlikely to succeed (a magistrate has already recommended that the case be dismissed), it doesn’t mean the issue will disappear. On the contrary, as more and more people suffer injuries that can be directly linked to the improper or illegal use of cellphones, many believe such lawsuits will increase. Victims and their loved ones will want to hold the companies that created the potentially deadly devices accountable and will use the courts to try and force change.