Anyone with an elderly loved one has likely run across a mandatory arbitration clause, whether they realize it or not. The reason is that the retirement/nursing home industry has embraced the use of these forced arbitration clauses more than almost any other group. The aim is to avoid potentially costly lawsuits and force patients and their families to take any disputes before an arbitration panel, something more likely to result in lower verdicts. 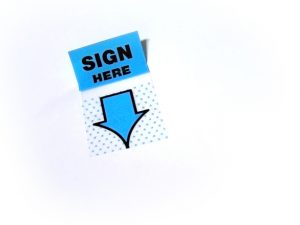 For years now, consumer rights groups have decried the practice, arguing that victims are being denied their day in court by these forced arbitration provisions hidden in the admission paperwork all new residents must fill out and sign. The clauses are not well understood and, given the requirement that they be signed before admittance, elderly individuals or the loved ones signing the paperwork seldom feel as if they have any choice in the matter.

Thankfully, there have been some important recent developments regarding arbitration clauses. First, the Florida Supreme Court ruled late last month that the arbitration agreement signed by the son of a nursing home resident in the state was not binding and the family was thus allowed to take their case to court. The nursing home argued that the clause should be enforced as the son only signed because the father lacked sufficient capacity. The Supreme Court decided that it would not hold the father to a contract he had never signed or consented to, throwing the nursing home industry in Florida a curveball.

Another very important development occurred only a week or so later, when the U.S. Health and Human Services Department issued a rule that prevents any nursing home receiving federal funding from requiring that residents resolve disputes in arbitration. The move sent shockwaves through the industry, as the HHS Department controls more than $1 trillion in Medicare and Medicaid funding and thus exerts tremendous power of nursing homes across the country.

The rule is expected to impact more than 1.5 million nursing home residents and the hope is that it leads to an increase in legal protections. As things stand today, nursing homes are allowed to insist on the mandatory arbitration clauses, forcing families to choose between holding onto their legal rights and securing quality care for their elderly loved ones. With the new rule, nursing homes will still be able to ask for arbitration, but residents can no longer be forced into signing away their rights to sue in court.

The recent move by the HHS Department occurred after 16 states sent a letter asking the agency to withhold funding from those nursing homes using mandatory arbitration provisions. Though the arbitration language can streamline the dispute resolution process, it has proven to be harmful in cases of exceptional abuse or neglect when families feel they are robbed of their right to receive full compensation for the harm they’ve suffered. Critics also argue the clauses are harmful because they take cases out of the public eye, shielding abusers and the companies that employ them from public scrutiny in favor of private and secret settlements.

The nursing home industry has expressed extreme displeasure at the recent rule change. The industry has argued the action exceeds the agency’s authority and is unnecessary to protect residents. Some experts believe the rule may be challenged in court. If so, it may be some time before the matter is resolved. If not, then the new rule is scheduled to go into effect in November, though only newly admitted patients would fall under its protection.